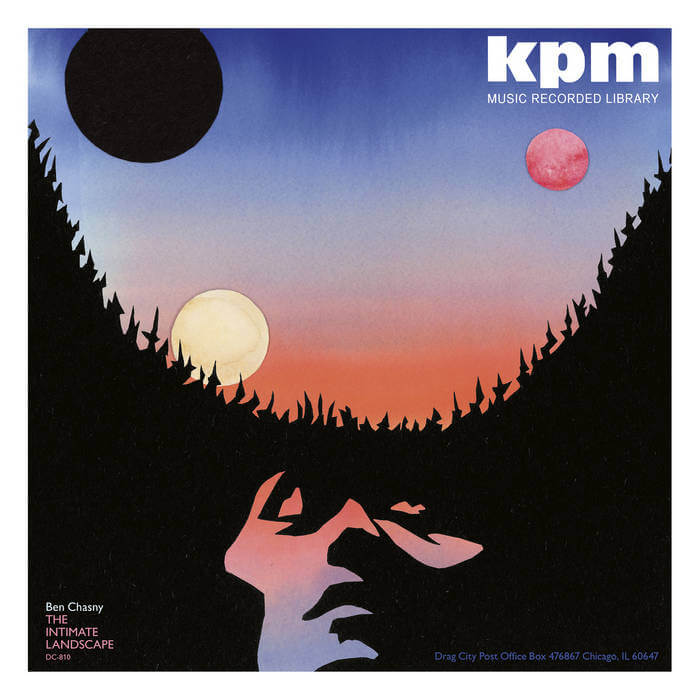 Let’s hear it for Ben Chasny, who’s pulled off a rare hat trick for 2021 — three radically different (and just plain radical) releases in a single calendar year. First, we got New Bums’ long awaited second LP, The Last Time I Saw Grace. Then came the spaceways-traveling/Faust-covering Six Organs of Admittance album, The Veiled Sea. Now, Ben has revealed The Intimate Landscape, a terrific collection of (mostly) solo acoustic instrumentals that can stand among his warmest, loveliest efforts. Originally recorded for the legendary library music label KPM, the album’s closest analogue in the Six Organs universe is probably the 2003 favorite For Octavio Paz, which captured Chasny in a similarly reflective mood. He’s an unmistakable guitarist, never falling into a particular category or style, always packed with his own distinct personality. He can do light and airy as well as he can do dark-cloud heavy. Above all, as the title suggests, this record is an intimate listening experience, akin to sitting in a room with Chasny, hearing a master at work. | t wilcox