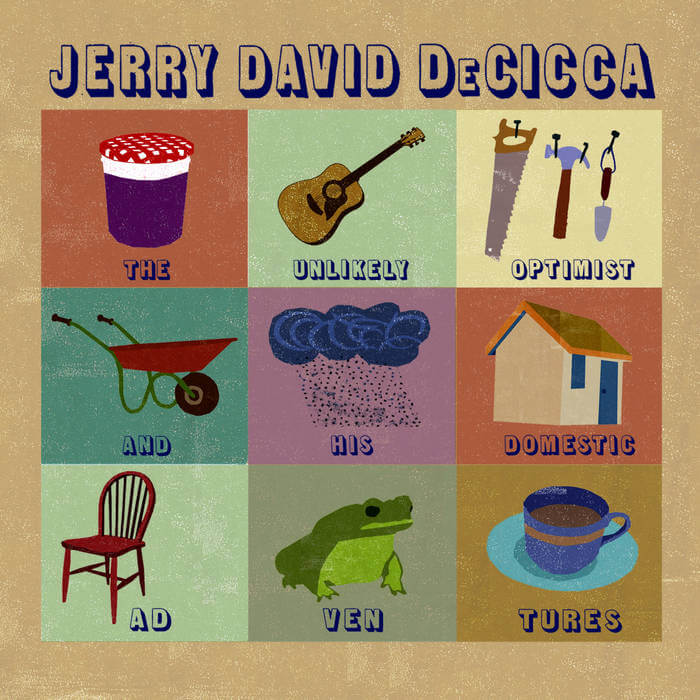 This one from the outstanding Texas Hill Country-based singer-songwriter Jerry David DeCicca emerged digitally last year, but it definitely needs another bump — especially since the Worried Songs label has now given it a well-deserved vinyl edition. The Unlikely Optimist & His Domestic Adventuresisn’t a record that grabs you by the collar with its greatness. But make no mistake, it’s great. The songs here sink in slowly, their often-exquisite lyrical details revealing themselves after several listens, dry humor and easygoing melancholy blending together ‘til they’ve become one and the same. As usual, DeCicca finds a kind of holiness in simplicity, reveling in the beauty of the everyday — family, country cookies, grape jelly, black coffee, wide open horizons. “There’s less darkness than there’s light / even when I’ve lost my way,” Jerry sings at the end, a sentiment that’s hard-earned and believable in his hands. Throughout, he’s backed by a host of fantastic musicians, living legend Augie Meyers among them. The Unlikely Optimist is plainspoken without being plain, earthbound but floating free. | t wilcox