Minsk will not forgive Brussels for new sanctions

Belarus will not forgive the European Union for new sanctions, President Alexander Lukashenko said. However, the EU, too, seems to be determined: according to sources, a new package of restrictions is already on the table. The reason for this is the ongoing crisis on the Belarusian-Polish border, where hundreds of migrants are trying to break into the territory of the European Union. MK has already written about how, in the opinion of Russian experts, the aggravation between Minsk and Brussels will affect Russia. Now we talked with a Belarusian political scientist living in Warsaw. 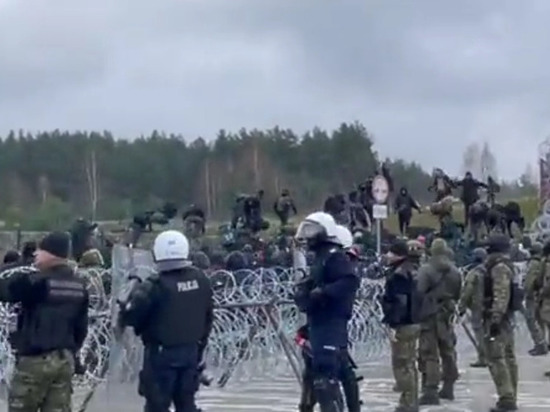 Tensions remain on the Belarusian-Polish border. Although Belavia has announced that it will refuse flights from the Middle East, many believe that this is just another maneuver by Lukashenka, who is accused in the West of provoking the migration crisis in the European Union.

While illegal immigrants trying to break through to Poland, continue to be guarded by people in camouflage from the Belarusian side. The European Union has already approved the expansion of sanctions against the official Minsk, and Lukashenko, despite a conversation with Russian President Vladimir Putin, does not compromise.

Pavel Usov, head of the Warsaw-based Center for Political Analysis and Forecasting, told MK that this situation is unlikely to change as others are being added to the migration issue. For example, the demonstration exercises of the Airborne Forces conducted by Moscow and Minsk.

– The situation is consistently unfavorable, – the analyst believes. – There were several attempts to “break through” the border, but this did not lead to the result desired by the migrants. The situation is again under the control of the Polish security forces, in fact, there will be no indulgences or concessions on the part of the European Union and Poland in particular.

– The European Commission has already allocated 25 million euros to strengthen the eastern borders of the European Union. In addition, an expanded package of sanctions by the European Commission regarding Russian and Turkish airlines that are involved in transporting migrants to Belarus is being considered, if such facts are confirmed. In any case, it is clear that the European Union does not intend to compromise. In addition, the situation is aggravated by the exercises of Russian and Belarusian paratroopers in the Grodno region that have begun. Just the same, at the border with Poland, which is also a kind of demonstration of strength. To this should be added the patrolling of the border by Russian strategic bombers Tu-22M3 and Tu-160. This further exacerbates the situation, right up to the introduction of NATO troops into the border territory: this issue has not been discussed in detail yet, but such a scenario is not excluded.

– I think the migration crisis could not have arisen without the tacit consent of Moscow. As for the sanctions, if there are no restrictions on the Union State and Russia in particular, the Kremlin will not force Lukashenka to make concessions. So far, we are talking about the banking sector of Belarus, expanding the personal lists of persons close to the president. Lukashenka, of course, is trying to answer. He, in turn, has already threatened that he is ready to stop gas transit along the Yamal-Europe route. But this is rather a bluff, since the transit is completely controlled by Russia.

The illegal immigrants who broke through to Poland were filmed: they broke the Belarusian fence

Watch the video on the topic