Until the start is lost. How much other countries have pushed Russia into orbit 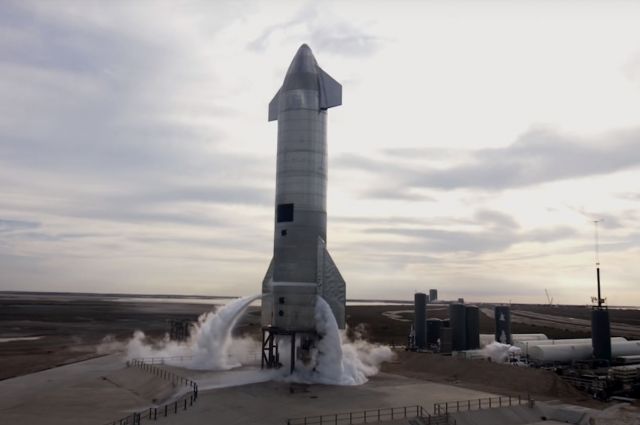 Statistics show: Russia is losing its position in space not only to the United States, but also to China.

So, in the first 10 months of 2021, China carried out 40 launches with two failures, and another 7 are planned until the end of December. During the same time, the United States conducted 39 launches, 36 successful ones. Until 2007, China never had more than 10 launches per year. But then it has made 152 launches in the last 5 years & ndash; more than any other country. Russia had only 18 starts this year. Given that from 1957 to 1991. Soviet missiles made 2,309 successful launches, an average of 66 per year. & nbsp;

Are there any chances for our country to retain, if not the leading, then at a competitive position in the space sector? About this “ AiF '' spoke with & nbsp; Corresponding Member of the Russian Academy of Cosmonautics named after & nbsp; Tsiolkovsky Andrei Ionin . & nbsp;

The State Department does not give the go-ahead?

– Andrey Gennadievich, is this statistic a reason for frustration?

& ndash; I do not think. Number of launches & ndash; not the main indicator of the industry level, but more of a statistical one. It has three components & ndash; military, national economic (manned and scientific programs) plus commercial launches. Our military program is maintained at the required level, here the customer and the source of funding are clear. Manned alive by Russia's participation in the ISS project. The scientific program, which practically disappeared in the 1990s, has not yet recovered. The commercial one, having experienced a take-off in the late 1990s and 2000s, when Russia was the undisputed leader in the market for commercial launches with its Soyuz launch vehicles worked out in Soviet times. and the Proton is dying out today. And here is a complex of reasons. & Nbsp; & nbsp;

The first & ndash; intra-industry, a decrease in the reliability (high accident rate) of Russian carriers as a direct consequence of the fall in production and technological discipline. Measures are already being taken to remedy this situation.

The second reason is external: the US sanctions against Russia (and our space industry), introduced since 2014. If the satellite has at least some American part, if at least one American company took part in its development, or if the satellite was tested in the United States , then the owner of such a satellite must necessarily request permission from the State Department to launch it with a Russian carrier. The probability of obtaining such a permit today is so small that no one is at risk. & Nbsp;

Third & ndash; the activities of Ilona Mask, who offers his Falcon 9 carrier cheaper than all competitors, including Russian ones. So we lost this market, and our customers flowed away to Musk. However, in my opinion, this is not critical for the fate of the domestic space industry. The priorities in space are different now than they were half a century ago. & Nbsp;

– Near the Earth on the agenda is a large-scale task of creating space Internet systems. Musk is working hard on this; its Starlink system already has 2 thousand satellites, and the second stage of testing has begun for terrestrial consumers. Kuiper announced plans to create a similar system in the list of world billionaires Jeff Bezos . There is a Chinese project. There is also a Russian & ndash; Sphere, but & hellip; The task was set by the president more than 3 years ago, but we still haven't heard a sane justification of the system from Roscosmos.

Let me explain why this is so important. We are now talking about the development of the digital economy. In this new economy, every subject, object, every gadget or machine must be constantly and guaranteed to be connected to the global network, connected with each other. But today on Earth there is communication not everywhere, and it is impossible to provide its global coverage for various reasons: somewhere it is economically inexpedient (few consumers), somewhere it is physically impossible. However, the digital economy cannot operate locally or depend on natural disasters, accidents, strikes, etc. The best solution is & ndash; deploy infrastructure in space: this is global and guaranteed, because it does not depend on what is happening below. & nbsp;

Comparison of the sizes of various Russian and American space rockets. Photo: Commons.wikimedia.org

But then the economy of any country becomes dependent on access to the space Internet. The situation is similar to satellite navigation: if a country does not have its own system, then it does not have a modern army either. That is why each of the three most powerful armies in the world has a national satellite navigation system: Russia has GLONASS, the United States has GPS, and China has BeiDou.

Without a space Internet, the national digital economy will be like an expensive car, the key to which in the wrong hands. Therefore, it must be built deliberately, carefully. & Nbsp;

The driving force behind ambitions

– Many experts in the field of domestic space say that the main problems today are & ndash; these are frames. Do you agree?

– Undoubtedly. NASA and the industry in general faced the problem of staff shortages in the 1990s. Young people were not interested in engineering specialties, but saw social and economic elevators in IT, finance, and some in show business. And in the 2000s, Musk appeared, who demonstrated that an engineer can not only realize himself professionally, but also earn money. And now the competition for engineers in the United States is gigantic. And this is thanks to Musk, who, having achieved success both in astronautics and in the automotive industry, became the national hero of America, and, by the way, the richest man in the world and even in history.

Musk has an extremely rare skill – to attract the most talented specialists. To do this, he offers them incredibly ambitious and humanly positive projects: “ clean '' electric cars, Mars exploration. It sets forth tasks worth living and working for.

– Do you really believe that the exploration of the Moon and Mars is real in the near future? & Nbsp;

– Space exploration will become real if it is possible to develop a powerful, compact, safe and durable energy source operating in space. Without this, it is impossible to create any production facilities, life support systems for hundreds and thousands of people in space or on the Moon. For example, the total power of huge “ burdocks '' solar panels ISS “ total '' 400 kilowatts. This is only enough for six crew members to be at the station and carry out energy-consuming scientific experiments in orbit. If we do not visit, as we did 50 years ago, but explore the Moon: we build a habitable base there, extract water, turning it into rocket fuel, produce the necessary building materials, then we will need orders of magnitude more energy. Solar panels are not suitable here, and a moonlit night lasts 14 Earth days. And if the goal is development, then the main flow towards space will no longer be associated with people, but with cargo. This will require fundamentally new, no longer chemical-fueled, transport cargo systems in space. After all, on Earth, separate transport systems have been created for passengers and cargo. & Nbsp;

From what mankind owns now, & ndash; it's nuclear power. That is, we will have to combine nuclear and space technologies for the first time. Private business is not capable of such a technologically breakthrough task, and no one will allow business to engage in a nuclear-space association, because it is too close to military applications. It turns out that, on the one hand, these technologies need to be developed, but, on the other hand, that they can only be developed within the framework of a broad international project. & Nbsp;

And Russia has something to offer. We have a backlog from Soviet times. We have Rosatom, which can handle such a task, provided that political, technological and financial resources are concentrated.

For those who consider what was said to be fantastic, let me remind you that Tsiolkovsky also assumed that we would start developing planets. Korolyov talked about the “ space taxi '' that will take people to other planets. This has not happened yet, but I hope it will happen, that it is inevitable. This is the way for humanity.