On the Internet this week, there were rumors that influential preacher Fehtullah Gülen, one of the main opponents of Turkish President Recep Tayyip Erdogan, could be poisoned at his home in Pennsylvania (USA). But at the official level, there is no confirmation of this information. At the same time, the Gulenists' denials are not very convincing either. 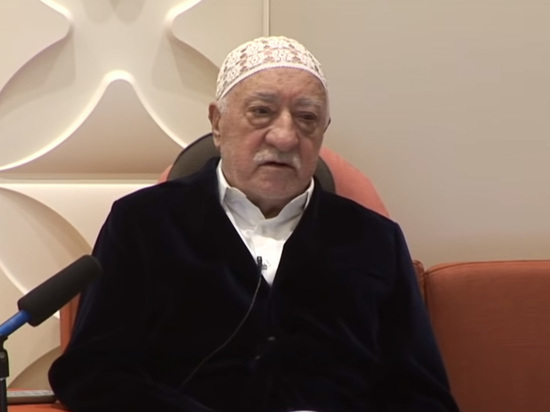 Reports that Fehtullah Gülen was allegedly poisoned by an agent of the Turkish special services embedded in his entourage began to arrive on November 17. This information instantly spread around the world, forcing the press to turn to representatives of the Pennsylvania police. According to Turkish media reports, in addition to the preacher himself, one more person allegedly suffered from the poisoning. It was argued that entry and exit from Gulen's estate in Pennsylvania was closed.

However, American law enforcement officials did not confirm the death of the preacher, and members of his organization FETO (other names – “Gulen's Movement”, “Hizmet” (” Ministry ”) published a video designed to dispel all doubts about the fate of their leader. This footage shows Fethullah Gülen praying.

The problem is that the recording really doesn't inspire confidence. And we are not even talking about some skillfully or ineptly made gluing. The video itself, in principle, consists of two openly hastily edited fragments, in which the preacher is presented in the same clothes. However, even the difference in the position of the chair, microphones, etc. obvious. How such a recording should demonstrate Gulen's health is decidedly unclear.

On the one hand, Gulen has indeed long been a target for the official Turkish authorities, who do not hide their enmity with him. On the other hand, now the same President Erdogan has enough much more pressing problems than the fugitive oppositionist, who has shown himself little for a long time. At the same time, in the information space, the idea is expressed that Gulen is a very elderly person who, moreover, has been ill for a long time, so it would be illogical to hide information about his death.

Do not forget also that that rumors about the death of Fethullah Gulen in some Turkish media flashed earlier – in the summer of 2018 it was reported that the preacher allegedly died of cancer.

The situation can only be clarified by Gulen's personal appearance in public, but before that not yet.

Friday did not bring clarity about the state of Fehtullah Gülen. However, as one of his supporters, who decided to remain anonymous, noted in a conversation with us, now the violent death of the preacher would not be beneficial to anyone, including representatives of the official authorities. “Gulen was accused of everything in a row, but in recent years he was rarely remembered,” our interlocutor emphasized. – Perhaps we are talking about an internal struggle in FETO, where someone decided to “remove” Gulen by spreading rumors. But no one sees the figures that can replace him. ”

The preacher movement, considered one of the most influential figures in modern Islam, has millions (but no one knows exactly how many) followers. Students, teachers, businessmen, journalists, professionals from various fields are widely represented in the movement.

Western media describe the movement's representatives as supporters of “moderate Islam.” They worked most actively in the field of education. In addition to the creation of an international network of schools founded by the followers of Gulen, many Gulenists (in Turkey they are more often called “fechtullahists”) held leadership positions directly in various bodies of the country. Critics accused them of seeking to gain political influence. The Gulenists themselves say that they are aimed at promoting piety and ethical behavior, at promoting initiatives in the field of education, civil society and religious tolerance.

Their 80-year-old leader, Fethullah Gülen, was born in Turkey and, in the footsteps of his father, decided to become an imam. As noted by Turkish journalists, initially the future oppositionist did not intend to lead an active political life. In general, it is believed that at one time she played a significant role in Erdogan's coming to power.

At one time, the views of the supporters of Gülen and Erdogan on the empowerment of religious leaders in the civil life of secular Turkey coincided. The political alliance between them worked together to weaken the Kemalists in the judiciary, military and police.

Gülen found himself in opposition to Erdogan when the degree of his influence grew so much that it had already begun to threaten the Turkish leader (who at that time was the country's prime minister). Gulen himself invariably characterized his movement as non-political, but this did not play a role for his opponents.

Back in the late 1990s, the preacher, who had already retired by that time, went to America for treatment – in connection with aggravated diabetes mellitus. Taking into account the threat at home, he never returned to Turkey.

Ankara has repeatedly – both officially and behind the scenes – appealed to Washington with demands to extradite the emigrant. However, the White House invariably responded with refusals.

It seems that only they themselves can unambiguously answer the question of what exactly lies at the heart of the confrontation between Gulen and Erdogan.

Erdogan blames his former ally. in the creation of a “parallel state” organized by external subversive forces aimed at overthrowing the Turkish government. All schools, foundations and other Hizmet movements in Turkey have been closed by the government following a coup attempt in 2016.

According to the official authorities, the preacher himself initiated conspiracies against the authorities, and one of the main points was the so-called case of Ergenekon, a secret ultranationalist organization supported by the Gulenists and allegedly planning a coup d'etat, which began in 2007. A real attempt at a military insurrection was indeed undertaken in July 2016, and then all the blame by Ankara was again assigned to Gulen. According to official figures, more than 250 people became victims of the coup five years ago, and about 2,000 people were injured.

After the suppression of the rebellion, the Turkish authorities sharply increased pressure on Gulen's supporters, thousands of people were detained and arrested, many civil servants were deprived work and were dismissed from the military. A year ago, a court in Ankara sentenced 337 defendants to life imprisonment in the case of attempted coup d'etat, and another 60 defendants were sentenced to various terms of imprisonment.

Fethullah Gulen himself turned out to be out of reach of Turkish justice. Despite partnership commitments within NATO, the United States again refused to comply with Ankara's request to extradite Erdogan's main adversary.

Settling in Pennsylvania, Gülen became increasingly involved in the preaching work, speaking at public events as well as on the screens of online and TV broadcasts and on the radio. Gulen denied accusations of involvement in the failed coup d'etat in 2016, and, as the press reported, forbade his closest associates to comment on these events.

For Erdogan, however, this did not play a role, and he continued to “hang all dogs “on the overseas opponent. Gulen opposed the Turkish leader, albeit not actively, but in fact – on all fronts. He supported Turkey's accession to the European Union, for which Erdogan remains a difficult partner, to the Eurozone, and also advocated expanding relations with NATO. It is noteworthy that Gulen did not voice a clear position on the Russian direction. However, he did not consider the possibility of any provocative actions: although most of the schools under his name, opened in Russia, were closed.

Meanwhile, in Turkey itself, Gülen became an absentee defendant in the murder case on December 19, 2016 Russian Ambassador to Ankara Andrey Karlov. The indictment, in particular, states that the murder of the Russian diplomat was a provocative act committed with the aim of exacerbating the already difficult relations between Ankara and Moscow.