The intelligence department of the Ukrainian army announced the risk of a full-scale military conflict with Russia in January. According to the head of the department, Moscow is allegedly considering a plan for a hybrid invasion, which will combine the destabilization of the situation inside the country and a full-scale military invasion. Earlier in Kiev, it was also announced that Russian troops were concentrating near the eastern borders of Ukraine. The expert assessed the Ukrainian forecast. 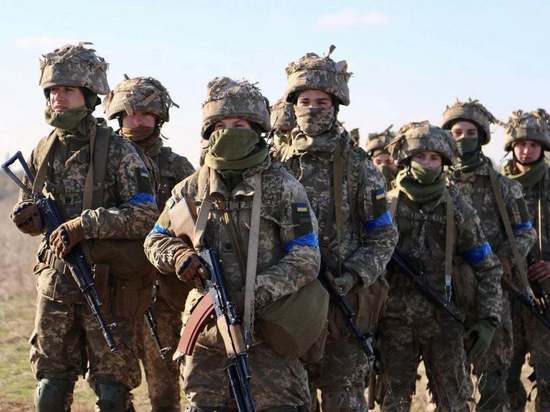 Ukraine once again called on citizens to prepare for the start of a full-scale war with Russia. In Kiev, a new date for the start of the conflict has been set – January 2022. This statement was made by the head of the Main Intelligence Directorate of the Ministry of Defense of Ukraine Kirill Budanov. On the air of Ukrainian television, the general revealed Moscow's “strategy” aimed at overthrowing the current Ukrainian government and seizing a significant territory of the country.

In his opinion, the Russian authorities intend to destabilize the internal situation in Ukraine and use the created unstable situation for a military invasion. Among the prerequisites for the start of the offensive, the general named the epidemiological situation, as well as the migration and energy crises and problems in the Ukrainian economy. All these reasons should cause outrage in society. It is good at least that Budanov did not blame Russia for organizing these crises. Here, presumably, the Ukrainian authorities have tried themselves.

The General could advise his compatriots to strengthen themselves, look at the difficulties philosophically and not be indignant. But instead, he suddenly began to frighten them with a new misfortune – Russian tank armies on the border with Ukraine.

However, as military expert Alexander Mikhailovsky is sure, making such statements, the Ukrainian authorities are pursuing their own goals: to untie their hands for internal repression and create an atmosphere in society for military aggression against the republics of Donbass.

– The fact that they have appointed another the date of the start of the war with Russia, on which Russia again will not appear – this is no longer news. In fact, they have long been bluntly declaring that they are waging a war against the “Russian occupation army”, but at the same time they themselves are waiting for an invasion, which, as it were, is already underway. Such is the paradox.

But that's not the point. The bottom line is that they determine in advance who will be appointed as the last ones for possible internal and external problems. In short, all the dissatisfied will be enrolled in the “Russian hybrid troops” or something like that. And they will be treated accordingly.

– That is, reprisals or active military actions are being prepared?

– Both, I think. On the one hand, all the listed problems that this general named are all true. Economy, energy crisis. All this is accumulating. If the authorities do not resolve the issue with the same heating, by January the people may begin to grumble. Even the most anti-Russian strata of the population. Russophobia Russophobia, but there is something you need and you want warmth. Therefore, performances are expected. And everyone who will be against the government will be registered in advance as hybrid agents of Russian influence. And along the way, you can unleash another “small victorious”, so that any successes at the front, even the most penny ones, shut up everyone's mouth.

– What about a hundred thousand Russian soldiers waiting in the wings to launch an invasion?

– The border between Russia and Ukraine stretches for hundreds of kilometers. In my opinion, there is nothing surprising in the fact that some of our troops are really located at this entire distance. Well, it's just that these are the regular places of deployment of units and formations of both the Armed Forces, and border troops, and other power structures. There is no sensation in this. Yes, imagine, we are protecting our borders! What's so surprising?

– And this “small victorious” war, which you spoke about – will it be a real invasion or another skirmish on the contact line?

– I think another attempt to squeeze out a village or two in the “gray” zone, proudly hoisting the Ukrainian flag over them. Considering that the Ukrainian side has an overwhelming numerical and technical superiority in comparison with the LPNR, it is not surprising that they can carry out such operations from time to time. So it is possible to achieve aggravation at the front – once, thereby limiting possible actions within the country, by force to suppress the discontent of citizens – these are two.