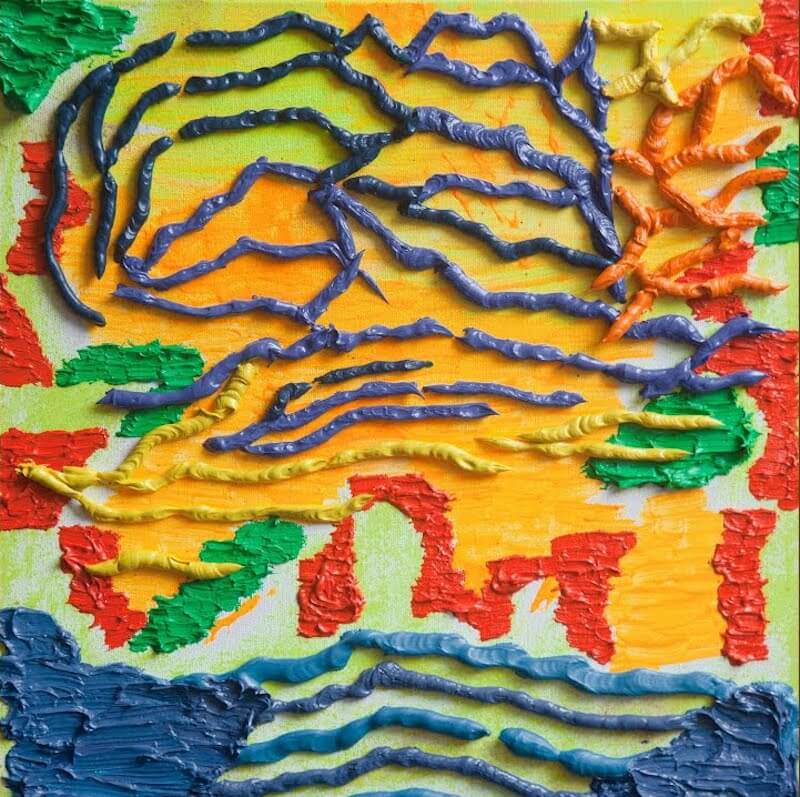 Julio Santa Cecilia does not fit easily into a group. Although certainly part of the experimental music scene of Rio de Janeiro, he looks out of place next to both avant-garde acts like Metá Metá and young pop icons like Tim Bernardes. Even more so because his identity floats around hyperactively: he is DJ Guaraná Jesus, a project of plunderphonic funk reminiscent of James Ferraro, but also Amarelo Manga, an indie band that sounds like it’s always auditioning for Captured Tracks, and yet he is also Relevo Espacial, an unabashed (and quasi-ironic) tribute to italo disco.

As Mondrongo, Julio creates soothing tape music for the 21st century. Even when the textures sound digital, the structure of the tracks are tangible, organic and telluric, as if they somehow had been hand cut and glued together again within the DAW. Loops with ghostly bits of piano find loose, broken snares that are quiet and nebulous enough not to disturb the harmonic core of the songs, until they suddenly become the very center of those songs. “Acidente Feliz” builds slowly, with glossy drone scales like those of a gamelan being played inside a spaceship by a Detours-era Gene Tyranny. Until the percussion rises definitely against this devotional ambience, that is. Then it’s a turntablist lullaby freed of any beat, Andy Stott if he went fully post-minimalist, or a kosmische trip-hop dripping with multiple yummy saturations — something the cover painting by Antonio Tebyriçá illustrates perfectly. | r moraes