“Dirty General”: the work of the new head of the Kharkiv SBU began with denunciations

Even bartenders are offered to knock on visitors

This week, President of Ukraine Volodymyr Zelensky seriously reshuffled the security bloc. The Kharkiv head of the SBU was also fired. Instead, Major General Alexander Kuts was appointed. According to the Donetsk militia, it was he who was involved in the murder of Motorola, the well-known commander of the Sparta battalion in Russia and the DPR. The first results of the work of the new security officer are already evident. Alexander Kuts began his work in the position by searching for people with pro-Russian views and organizing a system of denunciations in the city. 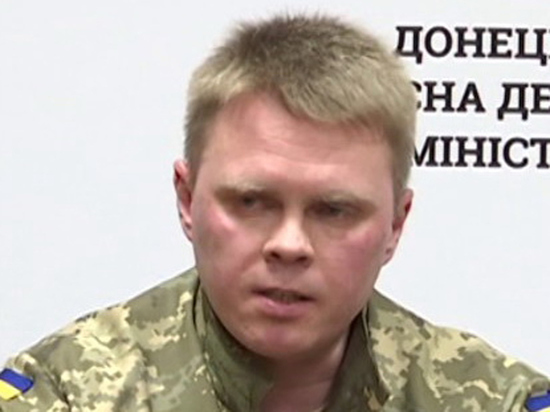 According to the official Ukrainian biography, Kuts was born in 1976 in the Chernihiv region. However, there are disagreements here. According to other information, he was a native of Rostov-on-Don, spent his childhood and youth in Russia, and left for Ukraine in the mid-90s. It is possible that he even served in the Armed Forces of the Russian Federation.

There is no information about how his career in the authorities began, but in 2009 Kuts already worked in senior positions in the SBU: He was deputy head of the Main Directorate for the Kyiv region in the anti-corruption and organized crime department, and this department in Ukraine traditionally is considered one of the most corrupt and corrupt, as it is associated with huge money.

In 2014, Kuts supported the Maidan, after which he received a new position. In 2015, he headed the Donetsk regional department of the SBU, and a few years later he was appointed by the former president of Ukraine Petro Poroshenko as chairman of the Donetsk regional military-civilian administration.

“When choosing a new head of the military-civilian administration, I was guided by two factors: we must ensure security on the territory of the Donetsk region and we must fulfill an exhaustive list of measures in order to bring Ukraine closer to peace,” Poroshenko then motivated his appointment. In fact, having received the rank of major general at the age of 40, the security official was engaged for Poroshenko in nothing more than controlling the financial flows that came to Kyiv. Now Kuts has become Zelensky's man, not Poroshenko's.

Like most major Ukrainian security officials, Kuts is associated with a number of high-profile and near-criminal scandals. He is known for eliminating businessmen for a lot of money in Kyiv, and also did not want to declare his income, which even attracted the attention of the Anti-Corruption Action Center.

Alexander Kuts is a well-known initiator of tightening the screws. For example, he was the ideological creator of a ban on mobile communications for Ukrainian citizens living in front-line territories. “I propose to ban the use of mobile communications in the 50 km zone along the contact line by completely turning off the base stations of all mobile operators in the specified zone,” Kuts wrote in a secret document, which later ended up in the hands of the allied forces of the DPR. And under him, serious raids by the SBU on international organizations for the protection of human rights began.

And now, being out of service for a long time, Kuts returns to the authorities, now to the post of head of the Kharkov SBU. He began his work with the simplest – with the search for enemies and spies. “Cheerful SBU officers came into several working Kharkiv cafes and pubs,” writes the Nash Kharkiv Telegram channel, “and recommended the owners and bartenders to report suspicious visitors to the Service for a fee. Suspicious ones are not with a grenade or narrowed spy eyes, but sympathetic, supportive or not judgmental enough

Russia. The situation is easily explained: the head of the Kharkiv SBU was changed, the “new broom” set new tasks in terms of indicators, and so they became more active. It is easy to imagine what results such activation will lead to, but there is nothing to be surprised at, everything is predictable.”

In Kharkov, Kuts decided to improve the system of denunciations. In budgetary organizations of the city, the action “Hand over yours” is unfolding. In online surveys, employees are asked to answer a series of questions, whether it is dual citizenship, traveling abroad, having property abroad, as well as their attitude to current events in Ukraine. Few people decide to look for problems on their heads, so the organizers of the polls have added a point where you can pawn not yourself, but your colleagues with the “wrong” life position.

“In principle, our citizens are constantly offered to“ knock ”, that we will not be surprised if such online surveys are conducted not even at the initiative of individual overly frisky leaders, but centrally. – noted the Telegram-channel “Our Kharkov”