Three is the norm. Will Russia become a country of large families 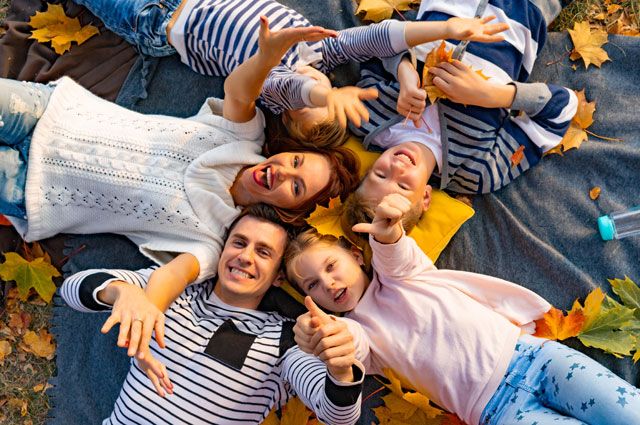 The rate of decline in the birth rate in Russia has slowed down. And the number of births of second, third and subsequent children increased by 6.6%. .jpg” height=”452″ width=”546″ style=”display: block;” />

This data was provided by Deputy Prime Minister Tatiana Golikovaat the last meeting of the State Council on social support of citizens. And this is the merit of the measures that the state has been taking since 2006, when maternity capital was introduced, and which were then systematically extended and expanded.

Now in the Russian Federation there are almost 146 million people. According to the calculations of Rosstat, by 2036 the population of Russia will be over 150 million. This is if the state manages to overcome the negative processes of population decline. If it fails – the situation will develop according to an unfavorable scenario, and we will become almost 10 million less – about 134 million. What measures are needed to avoid the worst-case scenario? First of all, it is support for families with children at the state level. This is exactly what the national project “Demography” is aimed at.

In order for the country's population to at least not decrease, each family should have an average of 2 children. Now the total fertility rate is 1.5 children per woman. This, of course, is better than it was in 1999-2000, when it fell almost to one. Then, after the introduction of maternity capital, the birth rate began to grow.

The new goal – increase in the number of large families. As reminded by Russian President Vladimir Putin, having many children has always been a historical tradition for Russia. “We need to bring this tradition back. It must establish itself as a norm, as a value orientation for society and as the most important priority for the state, – noted the head of state. And the high status of such families should be supported by the state.

A title for mothers

True, such large families are still an exception. That is why it is so important to build effective state support for families with children, from pregnancy to the end of school. So that young parents do not postpone the birth of children. In addition to financial support (maternity capital, child benefits, mortgage payments), it also provides assistance to young mothers in finding work with flexible hours, opening new nurseries, free hot meals for children in schools.

In addition, today ­family can open their own business (hairdressing, repair and sewing workshops), concluding a social contract with the state and receiving assistance up to 350 thousand rubles, and for the development of personal subsidiary farming – up to 200 thousand rubles

How the region will help

It is important that federal support measures are supplemented by regional ones. For example, in Yamal, at the birth of a second child, regional maternity capital in the amount of 150 thousand rubles is issued; at the birth of the third and each subsequent child – 500 thousand rubles These funds can be spent on the purchase of housing in an apartment building, reconstruction or construction of a private house – but only in the county. Matkapital can also be used for medical care for parents or children in medical organizations.

In the Novgorod region there is a family capital “First Child”, payments to school, a social card “Care”.

In the Kaluga region, after the introduction of state support measures (maternity capital, social benefits), every year 1.2 thousand parents become large families. And before it was no more than 200–300 a year.

Families are in great demand for a new payment of 450 thousand to pay off the mortgage. About 366 thousand large families have already used it.

Now the country has the largest number of families aged 30 years. These are just families that can plan the birth of a second and third child. And the state can support them in this so that there will be even more families with many children.

It is important for people not just to give birth to a child. Many calculate the possibilities for its education. Therefore, it is so important to develop the availability of free clubs, sports sections, and recreation in children's camps.

It is also important to develop affordable healthcare, preventive programs to maintain the reproductive health of young people. 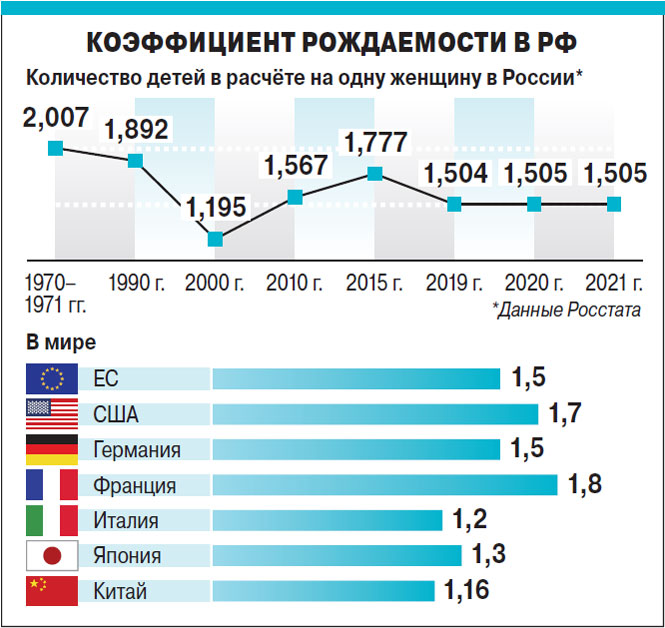 Of course, the situation is not easy. After all, over the past 10 years, the number of women who are of reproductive age has decreased by 4.5 million (these are the results of the demographic gap of the 1990s, when the birth rate fell sharply) and now stands at 7.5 million. Therefore, for completely objective reasons, the number of children born decreased. But this negative trend can be reversed. The main thing is that it is not always only money that determines how many children there will be in a family. Although support measures that involve the payment of large sums and are long-term, are very effective. But no less important are traditions, values, people's ideas about the family. And if parents are ready and want to have many children, you need to support them with all your might. After all, their children, who grew up in a large family, will then also create large families in the image of their parents. And our country will gradually be able to get out of the situation of the extinction of its own population.