Everything is on a thin thread. Expert on new threats to Zaporozhye NPP 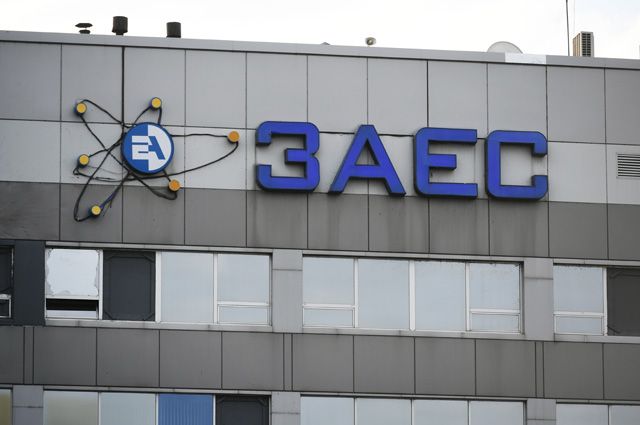 The situation around the Zaporozhye Nuclear Power Plant remains tense. Head of the military-civilian administration of the Zaporozhye region Yevhen Balitsky said that the Kyiv regime is building up a military group in the area, and this causes understandable concerns.

What will happen if shelling resumes or fighting starts in the station area? Aif.ru asked the head of the Atominfo Center, editor-in-chief of the Atominfo portal Alexander Uvarov.

Dmitry Pisarenko: How do you assess the current situation? Are there still risks of an accident at the ZNPP and subsequent radiation contamination?

Alexander Uvarov: Now the situation has calmed down. Firstly, all power units — it's already good. Secondly, three backup power lines have been restored. Two of them are redundant, one receives the electricity necessary for the station. It goes to cool the shut down reactors. Let me remind you that all the main external power lines were turned off.

Nevertheless, with any offensive by Ukrainian troops, with the resumption of artillery shelling or the start of serious fighting around the station, the danger may return. Moreover, it will become more serious. After all, now the ZNPP power supply hangs on a thin thread of reserve lines. If they are cut off, all that remains is to turn on the diesel generators, and how long will they last in the conditions of battles — big question.

We can say for sure that the situation will worsen many times over.

— What does this emergency power supply look like? How easy is it to interrupt?

— Don't think it looks like the electricians came and ran some kind of temporary wire. This construction was there before, it was just killed during the shelling. This is an ordinary power line, just not as huge and monstrous as power transmission towers, but smaller. Of course, it can be killed again if the shelling resumes.

“It can take decades”

— You said that the biggest danger is not the ZNPP reactors, which are reliably protected by concrete and located in the mines, but the storage of radioactive waste. Does this danger persist?

— Yes. On the territory of ZNPP there is a dry storage facility for spent nuclear fuel. Unlike reactors, it is not located deep underground, but in concrete containers in the open. These are cylindrical tanks with walls 70 centimeters thick. It seems that these are thick walls, but you can break through them. Radiation could then be released.

Fortunately, there is little radioactivity in dry storage. The main radioactivity is concentrated in power units, and it is much more difficult to get to them.

— Did the arrival of the IAEA improve the situation?

— By itself, the IAEA decides little. But the fact that two of their employees remained on the site, who can see where the shells are coming from, may have cooled the ardor of the Ukrainian side. But this did not improve the situation fundamentally. The IAEA has the wrong powers.

Perhaps, the only plus from their visit to the station is that now more accurate and reliable information has begun to come from ZNPP. For example, they reported that through a thermal power plant, which is located nearby, but does not work, they managed to catch up with the Ukrainian networks. From them, the necessary electricity is supplied to the station. It is minimal, but it is enough to keep the pumps running and the nuclear fuel in the reactors continued to cool.

— How long does it take for the fuel to cool completely and there is no threat of a reactor meltdown?

— Unfortunately, a lot. This can take decades. At Fukushima still continue to cool, although 11 years have passed since the accident. Such is the physics of the process: part of the energy remains in the excited radioactive atoms, which have a variety of half-lives.

So there is no need to say that this will stop in the coming weeks. The only good thing is that the residual heat that is going on now will decrease further and further. But even after a few years, the danger will persist. Take the spent nuclear fuel that is in dry storage. There is one old cassette — it is about 1 kW. There are 163 cassettes in the stopped reactors of the station. In total, 163 kW is obtained. It's not much, but even an empty kettle that you forgot to fill with water can lead to big problems if you plug it in.