The secret of the electrician Ilyin. How the Soviet Plyushkin accumulated masterpieces worth millions 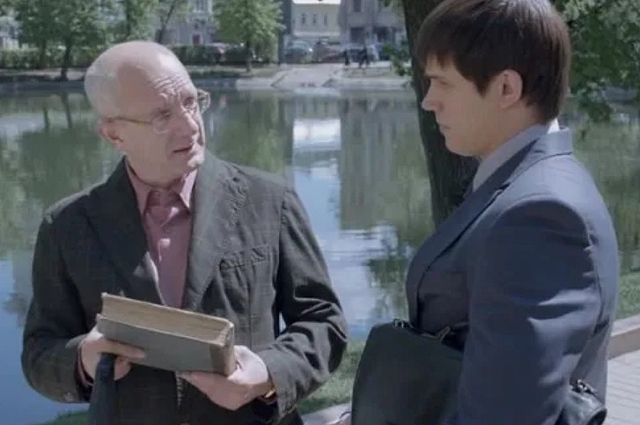 At the dawn of Ukraine's independence, a sensational discovery was made in one of the nondescript houses in the city of Kirovograd, which gave rise to a lot of questions, many of which remain unanswered. In the home of a lonely electricianAlexander Ilyinafter his death, they discovered a priceless collection of paintings, old books, church utensils and antiques. It contained tens of thousands of unique items, the total cost of which, according to various estimates, ranged from hundreds of millions to billions of dollars. At the same time, the owner of one of the largest private collections in the post-Soviet space and in Europe lived very modestly. Mysteries about him and his unique collection still haunt the minds of researchers.

In the autumn of 1993, a visitor to a second-hand bookstore in Kirovograd saw a rare book on the shelf, the appearance of which on sale alarmed him. It belonged to his friend Alexander Ilyin, who recently died at the age of 72. He worked as a simple electrician, but was passionate about collecting. In order to prevent the illegal sale of cultural property, a vigilant citizen sounded the alarm. A commission was created to seize valuable items from the home of the deceased. He did not start a family and did not leave a will. But when experts arrived at Ilyin's home, the nephews of the deceased blocked their path. They did not want to give anything away, claiming all the uncle's property. I had to call for help from the security forces, who became participants in an incredible discovery.

For the export of valuables, several boxes were prepared, in which they expected to take everything at once. At first glance, the dwelling did not look like a storehouse of wealth at all — it was unkempt and matched the appearance of its owner. Alexander Ilyin wore old clothes, did not have part of his teeth, and used a tattered shopping bag. At the same time, such asceticism contrasted sharply with the other side of his life. Antique silver spoons lay next to a rusty bowl in the kitchen, an icon in a precious metal frame hung over an unwashed stove, antique cabinets with rare books stood against the background of shabby walls. And when they looked into the second house on the electrician's site, they gasped in surprise. Inside, everything was literally littered with dusty rarities from different eras, including paintings, figurines, church utensils. .jpg” height=”533″ width=”800″ style=”display: block;” />

For example, a man could boast of cutlery made by Faberge and other famous masters. Among the books that made up the bulk of the collection, there were many priceless copies. Also, the inconspicuous hard worker owned the manuscripts of Russian classics: Pushkin, Gogol, Griboyedov, Lermontov. The items were counted in the tens of thousands. To take all this stuff out of the house, it took more than a dozen trucks. In 1994, due to the enormous cultural value of the items and the need for suitable storage conditions, they were nationalized by special order. Books from the collection were transferred to the Chizhevsky Kirovograd Regional Scientific Library, and the Kirovograd Regional Museum of Local Lore received its subject matter.

The private collection of Alexander Ilyin was recognized as one of the largest in Europe, and its total value was estimated at a fortune. Figures were given from hundreds of millions to billions of dollars. For example, only the four-volume book “Grand Duke, Royal and Imperial Hunting in Russia” can cost about two hundred thousand dollars. Although such things cannot be measured only in money.

“As for the price, it is difficult to name it, the museum does not evaluate the exhibits, — told reporters at the time the leading curator of the funds department of the Kirovograd Regional Museum of Local Lore Miroslava Egurnova. — The figures of almost a billion dollars, which are given in the newspapers, are taken, as they say, “from the ceiling.” Of course, Ilyin's collection is unique, but its scientific value may be even greater than its consumer value. .jpg” height=”533″ width=”800″ style=”display: block;” />

Alexander Ilyin and his exhibits. Photo: frame from video

Hunter of the past

The biggest mystery was the origin of so many treasures from the gloomy electrician, which is still being argued about. It is known for sure that some of the things he got by inheritance. The mother of Alexander Ilyin, who was born in Rybinsk just three years after the revolution, was a noblewoman. Natalia Rimskaya-Korsakovasaved family values ​​for her son, which became the basis of the collection. The guy grew up among them and, apparently, became infected with a generic craving for gathering. Even in the pre-war years, he began to hunt for paintings, icons and other things that he looked for everywhere. Everything suggests that Alexander Ilyin took great pleasure in the very fact of possession and the process of accumulation. For the sake of a good thing, he was ready for a lot, perhaps even for a crime.

In his mature years, Ilyin himself told a friend that shortly after breaking the blockade of Leningrad, he exchanged an expensive silver mug for a bag of flour. At the same time, it is known that in 1944 the collector was caught stealing products that he could use just for exchange. But for some reason they put him away for a short time. There is evidence that he paid off with antiques and supposedly avoided military service in this way. After the war, Ilyin moved to Kirovograd, where he brought two baggage containers with antiquities and where he continued to maniacally hunt for new exhibits. A great help was his work as an electrician, which allowed him to get into people's houses for “reconnaissance”. He deliberately walked around the yards under the pretext of checking meters. Noticing, for example, an ancient icon in a dwelling, Ilyin, as it were, entered into a bargain. 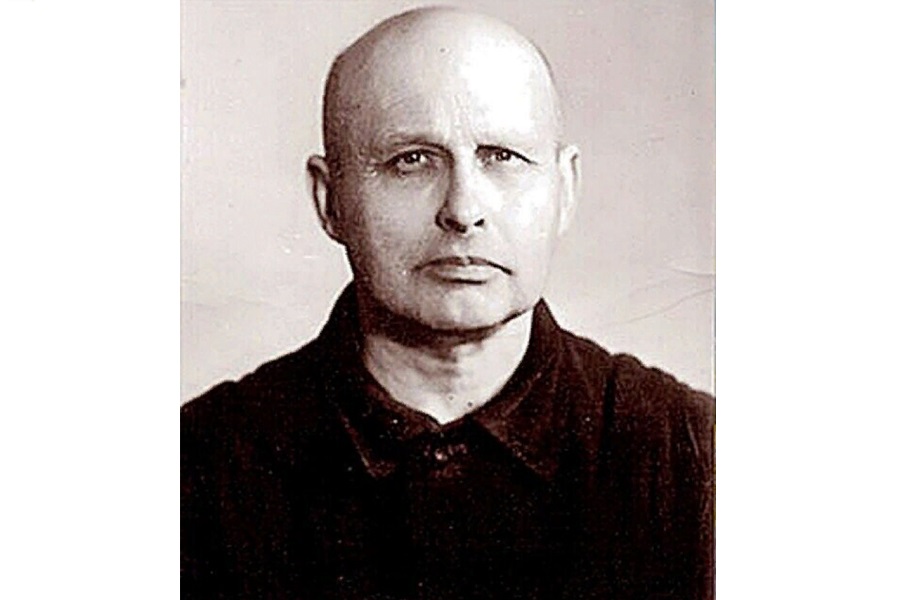 Sometimes a man took things as payment for the work of an electrician, bought something for a nominal fee, but could fork out. He set aside money for his passion, for which he saved on everything and even ate free in the city canteen trust where he worked. Often Ilyin traded cultural values ​​for other items from the bins and somehow even “waved” with the museum. For old publications like the Ogonyok magazine; he received church books, which were not particularly valued under the Soviet regime. As an exchange fund, the electrician dragged everything home, and for this he climbed through landfills. There he also found materials for the restoration of old books, for which he had the greatest passion. For example, from the skin of discarded shoes, he could make a binding. Alexander Ilyin was engaged in such work selflessly and very skillfully.

Thanks to the talents of a bookbinder and a restorer, an electrician-collector once attacked a real gold mine. Before the closing of the Kiev-Pechersk Lavra, he undertook to restore the gospel of the rector and asked for old books for this. Having received the keys to the library, for each visit, the man took home a priceless edition under his clothes. He believed that thereby saving books from destruction. Just at that time, the Lavra was cordoned off by the military, who did not allow the priests to carry out valuables, but Ilyin somehow managed to do it. After his death, more than a hundred publications from the church library were found in his possession. He also replenished his collection by restoring icons for churches. Instead, he returned copies painted by a familiar artist. It is possible that he considered such a deception as a way to save historical values.

Not for prying eyes

The fact that Alexander Ilyin did not start a family and left no heirs is directly related to his passion for antiques. When asked about the reasons for his bachelor life, he replied that he could not bring a stranger into the house. Such seclusion largely explains the lack of reliable information about the emergence of a unique collection. Her wealth is difficult to explain even taking into account the facts described above from the biography of an electrician. Although he communicated with many collectors, museum workers, no one was at his house and could not imagine the scope of his home treasury. All this led to the emergence of conspiracy theories around the name of Alexander Ilyin.

According to the most unusual version, he collected and kept expensive antiques on the instructions of representatives of the state security agencies. Allegedly, in places of deprivation of liberty, Ilyin recruited the NKVD and instructed him to secretly perform delicate work. Although there is no serious evidence of his cooperation with the Chekists or party workers, this hypothesis was beaten by the creators of the television series Dragon Syndrome, released in 2012. In it, an electrician from Kirovograd is presented as a caretaker of someone else's illegal collection. A theory has also been put forward about Alexander Ilyin's close ties to organized crime, which looks even more dubious. But there is a lot of evidence that his rarities were in the center of attention of crime after the death of the owner. .jpg” height=”578″ width=”800″ style=”display: block;” />

Page of the newspaper “Kievskiye Vedomosti”.

Oddities began to happen immediately after the discovery of the collection. Thus, representatives of the society of collectors of Kirovograd complained about the suspicious behind-the-scenes approach in describing the values. None of them were involved in this work, and they directly accused museum employees of embezzlement. In a 1994 interview with Kirovogradskaya Pravda the head of the local department of the Ministry of Internal Affairs voiced suspicions that at that time part of the collection had already been sold abroad. It is significant that the journalists who covered this story reported that they were being pressured. The former head of the department of rare publications and valuable documents of the Kirovograd Regional Scientific Library also spoke about the threatening calls he received. According to some reports, more than 40 books from Ilyin's collection were missing there.

At first, the circumstances of the death of Alexander Ilyin were also considered suspicious. His nephews complained to the media that they were accused of murder. They said that even the uncle's body was exhumed for additional research, which eventually confirmed the natural cause of death. At the same time, relatives stated that they were still denigrated and made outcasts. When they wanted through the courts to obtain the right to own the collection, or at least receive compensation for it, they were allegedly denied assistance by both lawyers and judges. Maybe the whole point is that among these people there were also interested? According to rumors, some of the most valuable exhibits from the house of Alexander Ilyin fell straight into the hands of influential residents of Kirovograd and other cities of Ukraine.