The G7 countries stressed that they would never recognize the results of referendums. 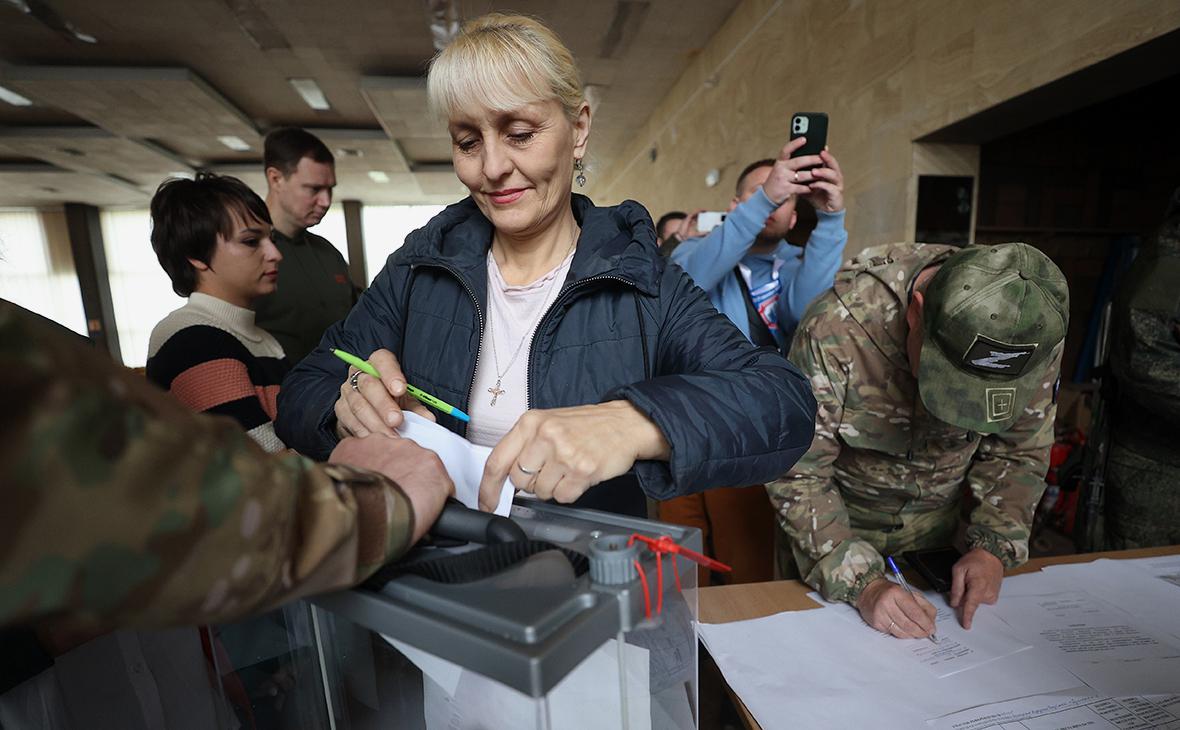 The G7 countries (Great Britain, Germany, Italy, Canada, France, Japan and the USA) condemned the holding of referendums on joining Russia in the Donetsk and Luhansk People's Republics, as well as in the Kherson and Zaporozhye regions.

They expressed their readiness to take additional economic measures against Russia, as well as individuals and legal entities inside and outside the country, “providing political or economic support to Russia's illegal attempts to change the status of the territory of Ukraine.” This is stated in the statement of the states, published on the website of the White House.

The readiness of the United States to subject Russia to additional sanctions was also confirmed by the press secretary of the White House, Karine Jean-Pierre.

“We, the leaders of the G7 (G7), strongly condemn the bogus referendums that Russia is trying to use to create a false pretext to change the status of the sovereign territory of Ukraine,” the statement says.

Moscow's actions violate the UN Charter and international law and are contrary to the rule of law, and referendums have no legal force and are not legitimate, the G7 believes. The statement emphasizes that the G7 will never recognize the results of the referenda.

In addition, the G7 states condemned the announcement of partial mobilization by Russian President Vladimir Putin and his rhetoric, calling it a “step towards escalation.”

Putin called the goal of mobilization “the defense of our Motherland, its sovereignty and territorial integrity, to ensure the security of our people and people in the liberated territories.” He also accused the West of having launched “nuclear blackmail”, and assured that “if the territorial integrity of our country is threatened, to protect Russia and our people” Moscow is using “every means at our disposal.” “It's not a bluff,” — approves the head of state.

Read on RBC Pro Pro What not to do with a hangover: advice from a neuroscientist from Stanford Pro The reaction of the stock market to partial mobilization: what should an investor do Articles Pro Building materials are becoming more expensive. How this will affect the price of housing and developers From 23 to 27 September, referendums on joining Russia are held at the same time. The largest turnout of the authorities is reported in the DPR— 23.64%.

Putin said on September 21 that Russia would support “the decision about its future, which will be made by the majority of residents of the Donetsk and Luhansk People's Republics, Zaporozhye and Kherson regions.”

On February 24, Russian President Vladimir Putin announced the start of a military operation in Ukraine, the purpose of which he called “protecting people who have been subjected to bullying, genocide by the Kyiv regime for eight years,” as well as “demilitarization and denazification” neighboring country. At the same time, he claimed that the Russian side did not intend to occupy Ukrainian territory.