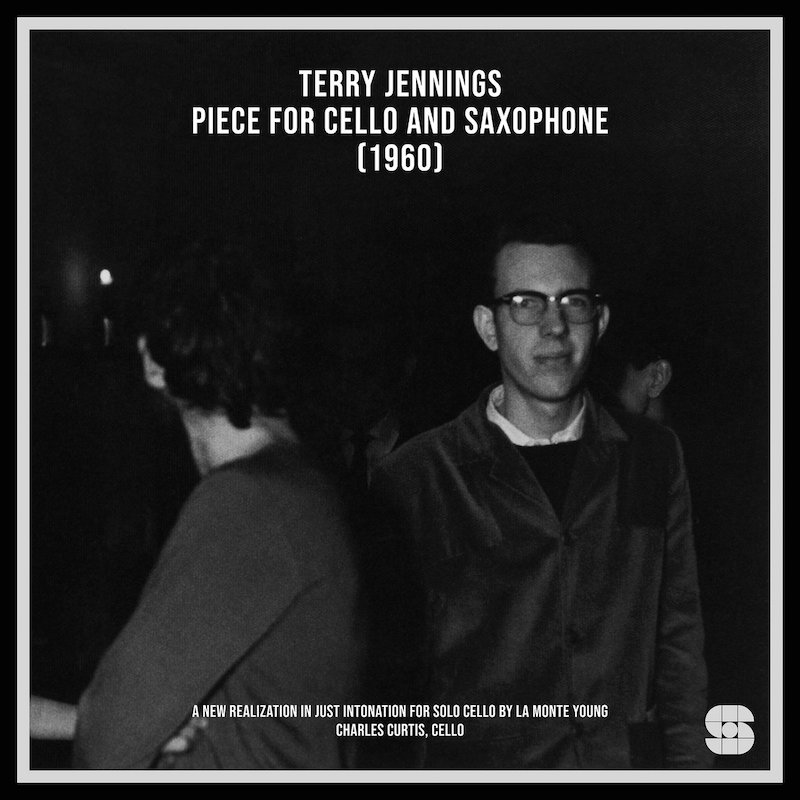 Terry Jennings phantasmic presence runs quietly throughout the early history of minimalism—a whispered name with previously only a meager handful of bootlegs and collaborations to his credit. Piece for Cello and Saxophone corrects that at long last as the first proper document of Jennings as a composer, a resurrected score as monumental in the minimalism’s development as La Monte Young’s “The Well-Tuned Piano” or Terry Riley’s “In C.” It’s a work to be experienced—90 minutes of sustained tones in a glacial chorale, shifting between shades of light and dark, harmony and dissonance, peace and disquiet. It’s music that extends time before dissolving it entirely while the floor drops away to leave you hanging in the void.

Jennings developed this compositional style amid the post-Cage, pre-Fluxus NYC avant-garde, first debuting at Yoko Ono’s loft in the early 1960s. This was also the time he was  exploring improvisation and amplified drones alongside Young, Marian Zazeela, Tony Conrad, and John Cale as a principle member of the mythic Theatre of Eternal Music ensemble. Working with different collaborators throughout the 60s and 70s, Jennings’ influence reverberated throughout the early days of the Velvet Underground, and composers like Cornelius Cardew, Charlemagne Palestine, and even ambient maestro Harold Budd, who studied with him for a time.

Despite Jennings’ passing in 1981, Piece for Cello and Saxophone remains close to the source. Recorded in 2016, the piece was arranged for just intonation by La Monte Young and performed with meditative restraint and precision by cellist Charles Curtis, Young’s longtime student. Though no saxophone is present on the recording, Jennings’ title implies an absence, something missing or unheard, a ghost-sound left for listeners to divine for themselves and dream of forever after the fact. Perhaps that’s where Jennings can still be heard best. This is dream music of the highest order. | j annis