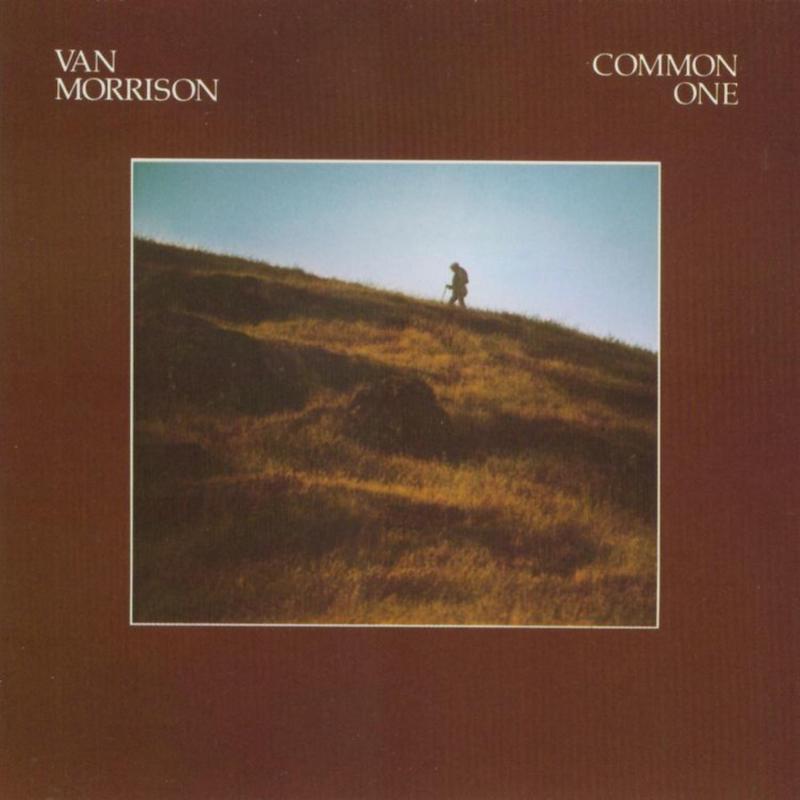 Common One was the album Van Morrison had been trying to make for ten years. It would mark the furthest he had moved away from the sounds of Astral Weeks, while still maintaining the sonic and literary craftsmanship of the legendary session. The blues and soul records that shaped Morrison’s musical upbringing were still present. It was definitely a rock and roll record. And the astral folk leanings for which the critics had held on to the singer for so long, ran through the entirety of the nearly hour-long affair. New to the proceedings was the full-on mood music first hinted at on St. Dominic’s Preview with “Listen to the Lion” and “Almost Independence Day.” Within the critical silence emanating from Common One’s lack of recognition, you’ll find what could arguably be deemed Van Morrison’s best record.

“Haunts of Ancient Peace” begins the affair within a New Age simmering of perfectly plucked bass and varied harmonics. The arrangement is painfully slow, drawn out, and leaves the listener holding their breath as the ensemble works through nuanced solos, a choir fills out the empty space left in the sparse arrangement, and Van stutters and slurs his way through the pastoral ruins of the mind. The confidence missing from his most recent LPs resurfaces on “Summertime in England.” The 16-minute shuffle runs through the countryside, the cryptic poets of the British Isles, and swells to monolithic proportions. Van pushes his voice to the limit, engaging in the most shamanic performance he ever recorded in a studio. The back end of the tune gradually eases the listener into the abyss. Here, Morrison acts as compassionate guide. Gone was the naive awestruck observations of Astral Weeks. The narrator on Common One could interact with the long-deceased subjects of the tunes; acting as intermediary between legend and the music channeled into your ears.

“Satisfied” can be labeled as one of the few Morrison tunes that actually has a genuine swagger to it. Presented was a confident Van capable of reclaiming his place as the jewel in rock and roll’s crown. The Van that critics had been searching for since having their egos collectively melted down in the initial wake of Astral Weeks. The performance brims with arrogance in the best way. This is the individual who brought the house down at The Last Waltz—saving the lulling affair. Coincidentally, this is also Morrison who had made a complete 180 from the man Cameron Crowe interviewed for Creem seven years prior. When asked about being happy with the direction of his music Morrison responded: “I’m never satisfied with what I do. It’s my job. It’s my job to make music, and I’m not satisfied. It’s just what my job happens to be. How many people do you know who are happy with their jobs?” And yet, after a string of disappointments and near constant reevaluation Morrison is proclaiming, “I’m satisfied with my world, cause I made it the way it is. Satisfied inside.”

And so Common One begins, Common One ends. Van once more entered the New Age realm of the opening track. The minimalist setting of “When Heart is Open” carries the listener to the outer reaches of the pop music universe. This a space where ambiance collides with true poetry and vocal showmanship. That a rock band can muster such restraint over the course of 15-minutes speaks to the caliber of Van’s assemblages, as well. Asking for his ‘old grey coat’ and ‘big boots,’ Morrison resumes the role of pathfinder once more, guiding the listener along a wooded path into the silence. | j rooney

For heads by heads. Aquarium Drunkard is powered by our patrons. Keep the servers humming and help us continue doing it by pledging your support via our Patreon page. .