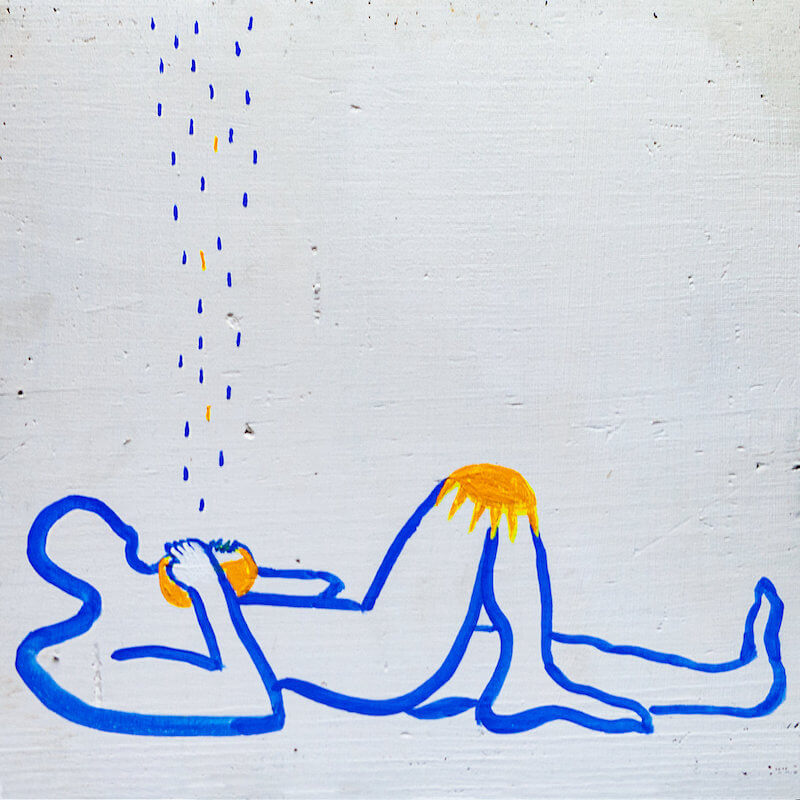 Noon is a time defined as much by what it isn’t as what it is, a place where morning has ended but afternoon has yet to crest. For songwriter Mat Davidson, the voice and mind behind Twain, Noon is an attempt to exist in this middle ground. But the album resists its existence as a fleeting thing, smearing itself across the album’s 13 tracks to mesmerizing effect, becoming a moment you might believe you’ll be able to live in forever, even if you can’t.

Noon finds Twain playing with duality throughout. In press materials, Davidson talks about desire for anonymity as a songwriter, a wish to make music that comes with no personal history and requires none from its listener, an escape into an egoless dream. And yet, Davidson the artist is so singular, especially as a vocalist, as to make this almost impossible. Noon marks the band’s fifth album and in many ways his most spare and direct, his voice naked and warbling at the top of the mix. It’s a move that inherently makes things more, not less, personal. Davidson’s is a voice you hear from the next room or escaping from a window as you stroll by, grounded, tactile, and almost hauntingly direct, but never distant, never anonymous.

Lyrically, Noon is a record of questions with no answers and the tepid acceptance that is the only real way out of that existential quandary. “I can’t stand the questions…but I ask them anyway,” sings Davidson on “Vitality”, an 8-minute epic that largely serves as a thesis statement for the record. “Is there meaning in that tension or is life just that way?” he asks later on. Guilt, too, emerges as a thematic touchstone. “A Kiss” is a beautifully rendered song, dense and honey-sweet with a wandering violin drawing us down its winding path, but its beauty serves to hide the shame at its core, a shame Davidson is only presently shedding. “I love myself so deeply now I finally can forgive myself for thinking I could do no wrong,” he sings with tempered hope. “Beauty is being what you really are,” he sings on “The Magician”, a song that presents a psychedelic, dream-logic palette and yet unpacks similar psychic tension. Shame, guilt, and forgiveness are universal truths, which is perhaps what Davidson is getting at when he talks about creating something free of the self. And yet, the most immediate and essential quality of Noon is the fact that no one other than Twain could have produced something so affecting. Which, I suppose, is just the kind of puzzle that Twain’s Noon wrestles with so effectively. | s fennell

For heads, by heads. Aquarium Drunkard is powered by our patrons. Help us continue doing it by pledging your support via our Patreon page.