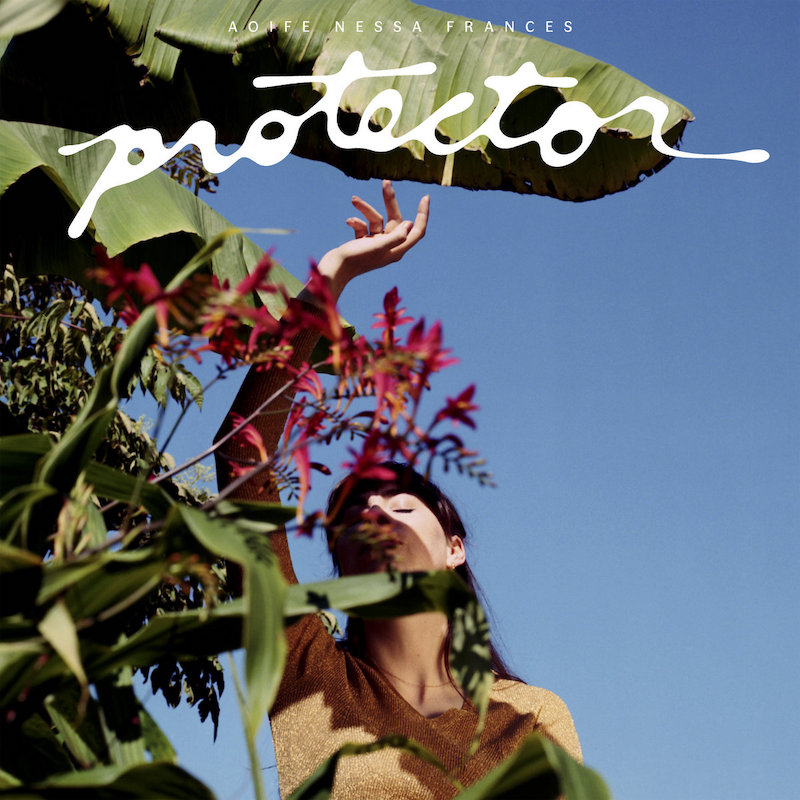 At the start of 2020 Aoife Nessa Frances initiated the new year with her psych-folk debut, Land of No Junction. Misty vocals, expansively intricate guitar work, gauzy strings, and mellotron washing over hazy production cemented her a spot as one of the most promising artists of a new decade. On Protector that prediction holds up. Frances has created an album of down-tempo pop music that retains the psychedelic leanings of her first LP. The vocal work of the Irish songwriter remains serious and solemn, but the work put into the arrangements of the tunes seem to signify a change in ambition.

Frances’ 2020 release displayed a sense of spontaneity; as if crafted in the studio on the fly. Protector offers a more calculated approach. With such great detail, one assumes there was a considerable degree of planning taking place with the record. And yet, the narratives within the songs themselves are far more direct—akin to a confessional conversation. The singer immediately makes her vision clear—a daze of shadowy pop dirges with just the right amount of embellishment to flesh out the idea. What Protector lacks in the open-ended jamming of its predecessor, it more than makes up for in its ability to articulate the needs, musings, and desires of its songwriter. There is a minimalistic streak running through the record and songs like “This Still Life” demonstrate the utility of the less-is-more approach. The more-Yo La Tengo-than-Yo La Tengo arrangement is easy to get lost in, with Frances’ vocals acting as beacon among a sea of circular guitar licks and synthesizers. She calls: “I see the vastness of my birth reflecting light on/So scatter ash all over the horizon” with a sultriness capable of boiling over the chilled Irish waters she sings of.

With its steady drum machine and reverb-excessive (in the best way) vocals, “Only Child” finds Frances exploring the ground between Nico’s Camera Obscura and Talk Talk at their early-90s finest. Eventually swirling into a cacophony of harps and fiddles, it becomes obvious that the singer’s psychedelic motivations are not forgotten but redefined. Among the synths that build out the humble guitar runs of “Soft Lines,” Frances, in a near-whisper, is at her most blissed-out. But the tune that most accurately pronounces her future direction is on the album’s closer “Day Out of Time.” The frigid propulsion of the tune’s first half is interrupted as Frances sings out “It’s where I’m going, where I haven’t been.” A choir of modulated horns and strings erupt at the declaration. These crescendo and fade away over the course of the final verse, with Frances repeatedly asking her listener “Can you trust me?” With the boundless reflection presented on Protector, there is every reason to place confidence in Aoife Nessa Frances getting you through the swell. | j rooney