CAN :: Soon Over Babaluma

CAN :: Soon Over Babaluma 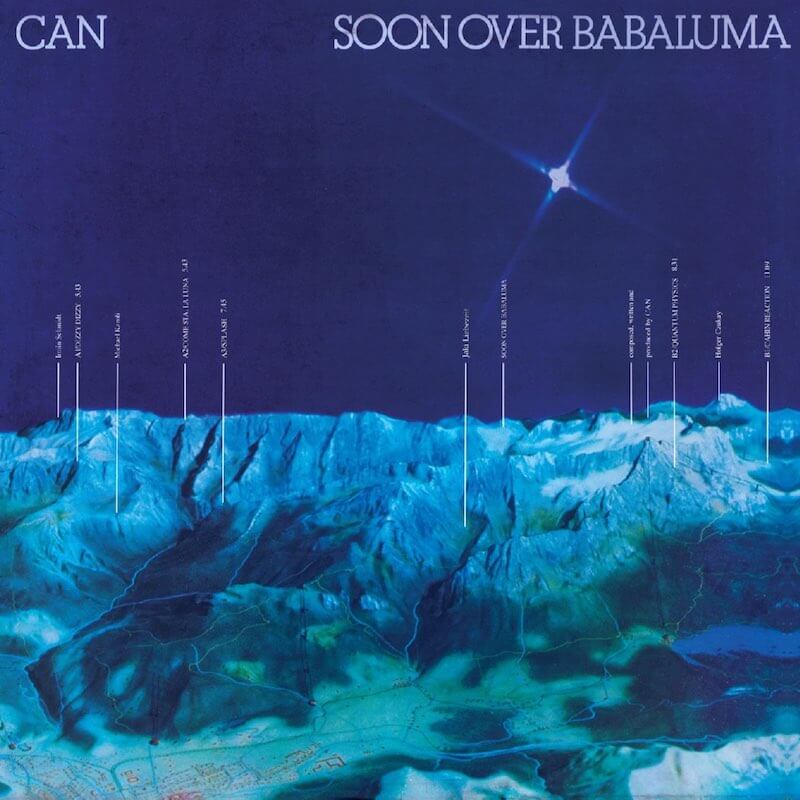 Soon Over Babaluma is a satellite moon in CAN’s oeuvre, perpetually orbiting the seismic mass of the music they created between 1969-1973, one last psychedelic excursion before transitioning into the tighter arrangements and slicker production of the mid-late 70s. CAN was floating ever deeper into space, fresh off the gravitational break achieved on Future Days. Recorded on the heels of Damo Suzuki’s departure, Soon Over Babaluma marked both the end of era and a reinvention of everything the CAN had been working toward— the deepening of a sound that was still hurtling toward the outer reaches.

By 1974, CAN had seen two mysterious and charismatic vocalists come and go. Their original singer, Malcolm Mooney, suffered a nervous breakdown that locked him into a “CAN groove,” (reportedly shouting “upstairs, downstairs” on loop), while Damo Suzuki disembarked to get hitched and become a Jehovah’s Witness. After initially offering the position to English novelist and music journalist, Duncan Fallowell, CAN opted to hedge their bets. Adhering to process rather than formula, they took a chance on vocals and declined to replace the irreplaceable Suzuki. This absence of a dedicated vocalist on Soon Over Babaluma allowed the band to augment and even intensify the rhythms and atmospheres of the music itself.

With its murky, lackadaisical groove and impressionistic Fallowell-penned lyrics, “Dizzy Dizzy” is not unlike something that might’ve crept out of Lee Perry’s Black Ark studio. The group comes into focus gradually before Karoli threads sinewy lines of violin over the casually lock-step rhythm of Jaki Leibezeig and Holger Czukay. Assuming the vocal duties, Karoli finds the perfect dream-speech to unravel Fallowell’s language into an understated synthesis of Mooney’s funky, James Brown-on-acid chants and Suzuki’s melodically ethereal word-thoughts. Things turn a shade darker as “Come sta, La Luna” mixes dirge and samba into an eerie interstellar cantata, while “Splash” harkens back to the spacey jamming of Future Days and Ege Bamyasi.

But it’s the back half of Soon Over Babaluma which finds CAN making yet another push into the future. The longest track on the record, “Chain Reaction” re-centers the band’s extended improvisations around a throbbing four-on-the-floor, proto-techno stomp courtesy of Leibzeig and Czukay. Karoli and keyboardist Irmin Schmidt hover just above the rhythm, briefly downshifting into a low-key funk, before taking off again into the great beyond. But the groove eventually dissolves in the inky ambience of “Quantam Physics,” a progenitor of some of Eno’s darker soundscapes from On Land. It’s the sound of a group letting the tape run as they drift beyond even their own expectations toward total uncertainty. If CAN had any plan to set foot back on terra firma, Soon Over Babaluma made it abundantly clear that wouldn’t be on this planet, and that was just fine by them. | j annis