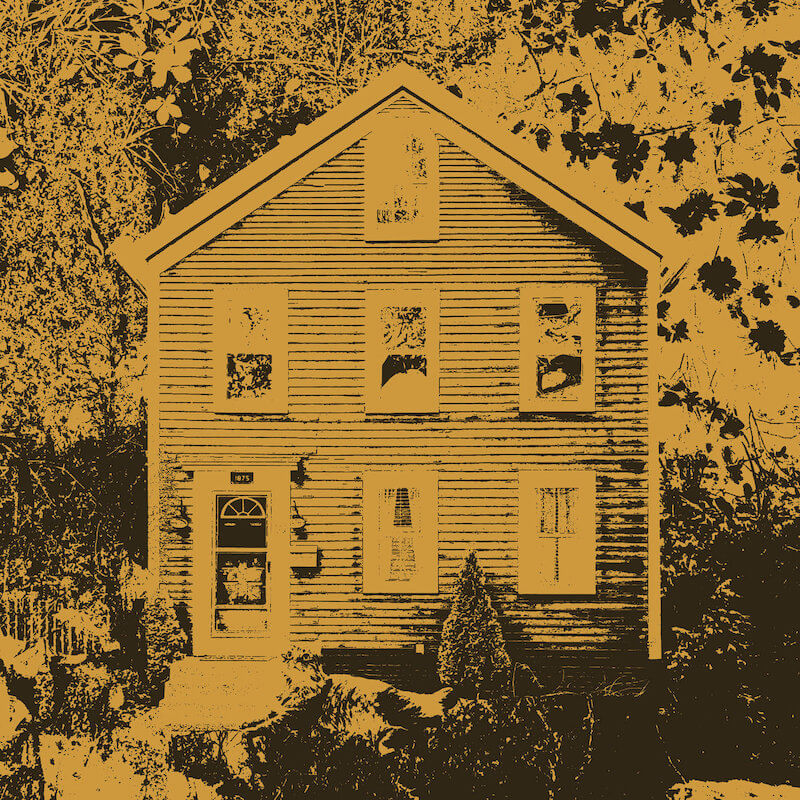 Gold Dust spins out gossamer trails of folk rock, a whipped cream daydream of cosmic cowboy reveries that may remind you of the Beachwood Sparks or Garcia Peoples, depending how hard Stephen Pierce happens to be knocking it out just then. Pierce is a veteran of the Western Mass musical universe who got his start in the hardcore punk band Ampere and later conjured walls of shimmering guitar in shoegaze-y Kindling. Gold Dust shares some of the texture, but not the voltage, of Kindling’s guitar play, but has near nothing in common with Ampere. These are wistful, effervescent clouds of misty sunshine, pierced at times by Beatles-psych twang (not a sitar, but maybe wishes it were) and grounded, often, by surprisingly heavy, dirge-y thwacks on the fours.

“Go Gently,” right at the outset, makes a case for the delicacy of folk picking merged with a nearly Pelican-esque avant-metal roar. Eerie, cross-cutting, harmonized vocals drift weightlessly across a heavy-booted trudge of rhythm, in a murk and swirl of weighty psych. And then, the mood shifts, the sun floods in, and we are back in folk rock territory. It’s quite a trip.

“Mountain Laurel” is lighter from the beginning. Its airy harmonies float in pretty, breezy patterns, but they’re shocked through with sharp knocks of rhythm and braced by spiraling psychedelic guitars. The song lulls you to quietness, then shakes you roughly awake. Its intricately, intimately connected yin and yang can best be summarized in a lyric fragment: “If there’s not a song to light our summer sky, I guess we’ll know the dark.”

Pierce is well-known and well-connected in the Pioneer Valley, so it’s no real surprise that J. Mascis turns up on the single “Larks Swarm a Hawk,” guitar in tow. You can hear him late in the track, unspooling one of his signature untethered solos which ruptures the placid surfaces of Gold Dust’s sunny interplay. Mascis has his folk guitar side, but he also knows when to let things rip, a lesson that Gold Dust takes to heart. | j kelly