Pneumatic Tubes :: A Letter from TreeTops

Pneumatic Tubes :: A Letter from TreeTops 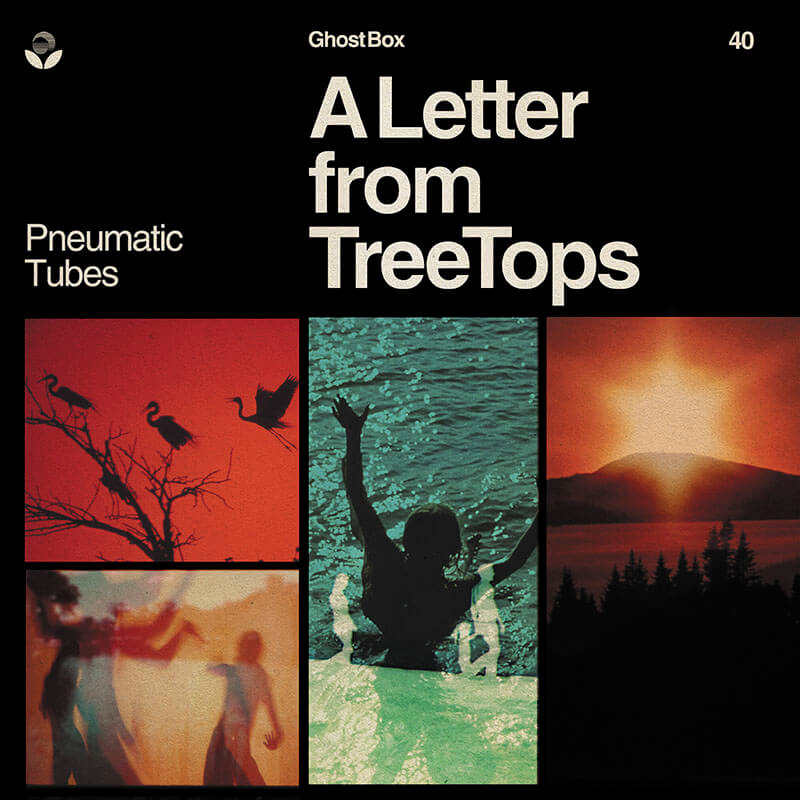 Here in my corner of the desert, summer hangs on a little longer than many places. But we’ve finally been blessed by the gentle turn in late summer when it finally eases. The nights and mornings become crisp and the days stay mostly cool. But there are moments, late in mid-day, when the sun still reminds you of its overwhelming presence, warm rays emanating in the stillness. I’ve found myself listening to Jesse Chandler’s Pneumatic Tubes recording A Letter from TreeTops many times in 2022, but it’s sounding especially good as the heavy passes and the lighter begins. Released by Ghost Box, known for library music and esoterica-informed releases by Broadcast, The Focus Group, Bulbury Poly, The Advisory Circle, and more, it finds the Mercury Rev and Midlake contributor pulling together strands of impressionistic Vince Guaraldi jazz, public information film soundtrack zones built on reeds, flutes and synths, and hazy cosmic Americana. Though he lives in Texas, the album was recorded in his family’s home in upstate New York following the passing of his father. Thoughtfully and with a gentle spirit, Chandler creates a sort of Pan-American analog to British Hauntology, an alternate dimension . Joined by Paul Alexander on bass, Bill Campbell on drums, Marissa Nadler on vocals and Robert Gomez on electric guitar, the record is punctuated psych-pop ballad “Summer’s Children” and closed by the bucolic re-voicing of the album’s theme “Summer’s End.” Like Fairport Convention or Nick Drake, its a handy soundtrack this time of year as the light softens and nights begin to stretch on. | j woodbury