Bert Jansch :: Bert At The BBC

Bert Jansch :: Bert At The BBC 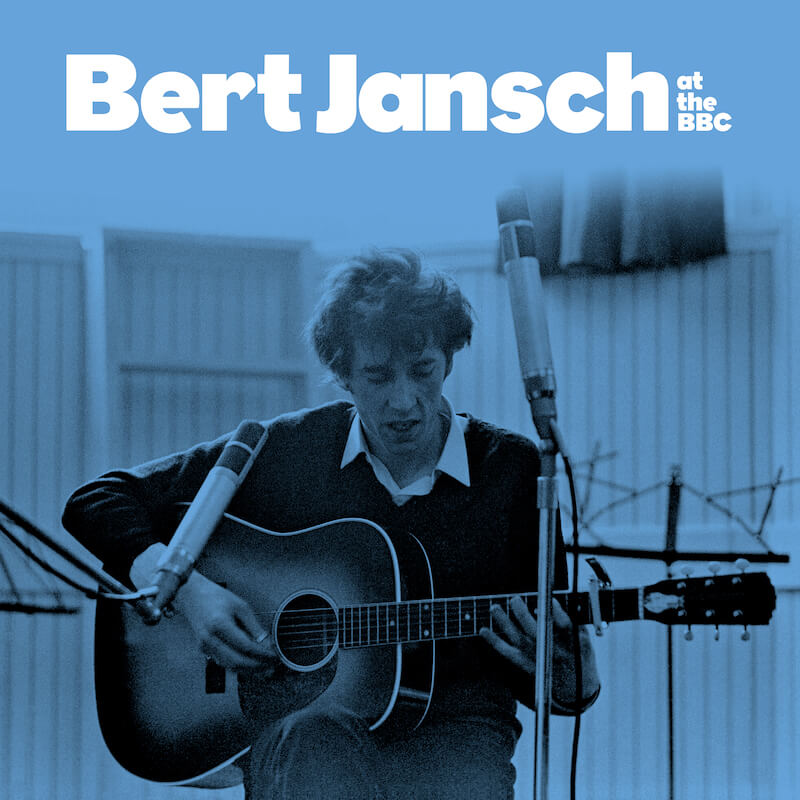 In the spring of 2010, Neil Young dropped the backing band and set across the US on a tour with himself and a guitar. In tow was a soft-spoken Scot a few older than the legendary songwriter. Tagging along as the opener, crowds of Young fans would be exposed to the greatest guitar player they’d likely never heard of before their idol walked out on stage, alone at the microphone.

With the turn of the millennium, so launched a quiet renaissance of Bert Jansch’s career. Though he had never taken any time off, the guitar player was now reaping the benefits of the internet age and gaining significantly more appreciation from a new generation of listeners. Not yet a household name in the States, at home in the UK Jansch was attaining the status of a living legend. Over a career spanning five decades, Bert has been cited as an influence on guitar players as varied as Jimmy Page, Johnny Marr, and Ryley Walker. Long has Neil Young acknowledged his debt to Bert Jansch, frequently citing him as the greatest guitar player of the 20th century, next to none other than Jimi Hendrix. His own “Ambulance Blues,” is a modulated version of Bert’s “Needle of Death.” Bringing the guru of celtic steel string along on his Twisted Road tour completed the circle, offering even further exposure to the player that shaped so many more-well-known names.

With Bert at the BBC, the Jansch-centric Earth Recordings has brought to light the guitar player’s long, if partially overlooked, relationship with the public broadcaster. In doing so they have unveiled the pure vitality of his playing in a live setting. Of the dozens of recordings bearing Bert’s name, less than a handful present the legend outside of recording sessions. Coming in at near 150 cuts (on the essential 8CD version), the Jansch loyal are presented with performances – solo and with a number of the killer ensembles he assembled over his years – from every decade of Bert’s career. With stature comes greater exposure and nearly half of the collection is from the period of Bert’s public rebirth in the dawn of the 21st century—the 60th Birthday Concert for BBC4; full performance at the Edinburgh Festival for BBC Radio Scotland in 2004; varied shorter features from nearly a dozen programs in the 2000s. The musician presented over the expanse of the later cuts is one far more apt to talk about his music, method, and life than the shy and slightly mysterious virtuoso of the 1960s. The Bert Jansch of the 21st century was more than happy to bask in the limelight he earned after putting in half-a-century’s work. With so much focus on his output in the sixties and seventies tied into the legend of Bert, hearing the ever-humble, though confidently adept master at work in his later years presents an inspiring addendum to the myth.

This isn’t to say that more recent performances overshadow the early years. Notable is Bert’s first radio performances. The broadcast crackle and slight tape hiss of BBCs 1966 Light Programme Guitar Club makes it known immediately—Jansch’s influence has been around for a long time. And it should be noted, at this point Bert had already been making waves in the UK’s impressionable folk scene for nearly four years. After a brief intro (in the days when folks still pronounced his name wrong—ever polite, Bert never corrected them) we get a mellow “Whiskey Man” followed by possibly the most gorgeous rendering of “Running from Home” ever recorded. After some words from the artist, Jansch launches into one of acoustic guitars most intense tests of dexterity, “The Wheel.” With three tunes, Bert managed to showcase the primary aspects of what he would go down in music history for: an aggressively authentic interpretation of American blues, gut-wrenching tales of love’s observations, and a completely idiosyncratic fusion of jazz, blues, and traditional folk guitar stylings distilled down to the most ferocious flurry of finger picking ever executed.

The highlight of this exhaustively curated box are the performances which allow us to listen in to a full concert or series of tunes. It is here that we experience Bert’s crowning glory—the temporal transcendence of music consciousness. From one song to the next Jansch could transport his audience to 1930’s Mississippi, the court of King James, or a 1974 folk club in Soho. And the most impressive aspect of this accomplishment was that there wasn’t a single tune that sounded amiss. The formula managed to work throughout the entirety of his career. From the 2004 Edinburgh concert: transitioning from the 19th century Irish traditional “She Moved Though the Fair” to Bert’s 2000 original “Crimson Moon” doesn’t throw off anything, despite a 200-year age gap. The Cambridge Folk Festival set with Danny Thompson and Martin Jenkins highlights an ability to breathe new life into folk music through an immersion in jazz and rock—as Bert had done a decade prior in Pentangle. The set continues into the eighties where we find Bert continuing to hone to his chops in the jazz-meets-renaissance-faire prog of the Bert Jansch Conundrum. This era offers the rare contemporary cover. A 1982 Bert pays homage to Tim Hardin with “If I Were A Carpenter.” This saccharine version, in particular, was preceded by an acid-washed rustic romp through “Fresh as a Sweet Sunday Morning” to reference the breadth of ambition going into these performances.

Of course, as previously mentioned, the real meat and potatoes of the collection are the sets of a Jansch brimming with his newfound prospect of the turning millennium. Bert, nearing his sixth decade of performing, lacks some of the showmanship and vigor of a starving artist in his twenties. This is more than compensated, however, by the sheer detail and finesse that his arsenal his built upon. To be clear—the young guns still had no chance at keeping up with the old-timer. Just listen to the “Blackwater Side” from the 60th Birthday Concert. The swirling instrumental passages that break up the verses show that Bert could still pull and pop his strings in a fashion that would slice the average mortal’s fingers to ribbons. Notes are bent to match his vocal intonation. Any and every lull in singing becomes an open opportunity for a stream-of-consciousness fury of right-hand polyrhythmic detonations. Until the end, Bert Jansch was a master of his craft. Bert at the BBC makes that abundantly clear. | j rooney