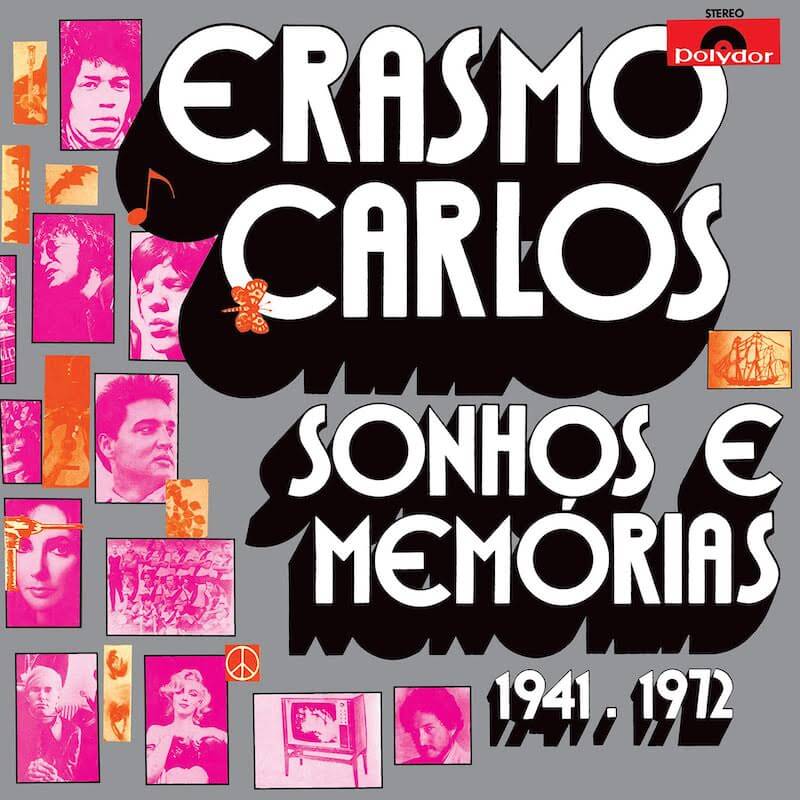 Yesterday, legendary Brazilian musician Erasmo Carlos passed away at 81. Often misunderstood and ridiculed, his genius was not so much in pioneering rock in the country and electrifying its traditionally acoustic music, nor in the pop culture universe that he and his Jovem Guarda friends founded and embodied — with comic books, films, and TV series showing them as fictional heroes — but in his sensible formulation of a gentle kind of psychedelia for the Global South. Simultaneously proto-Tropicalia and post-Tropicalia, his trilogy of releases from 1970 to 1972 embody an indie aesthetic of twangling guitars and cosmic laid-backness that, rather than merely mimicking (and being subsumed by) American trends, may fit completely in an admirable tradition of obscure para-country balladeers, with Robert Lester Folsom, F.J. McMahon, and others. | r moraes