Celtic Guru :: Van Morrison In The 80s | Inarticulate Speech Of The Heart

Celtic Guru :: Van Morrison In The 80s | Inarticulate Speech Of The Heart 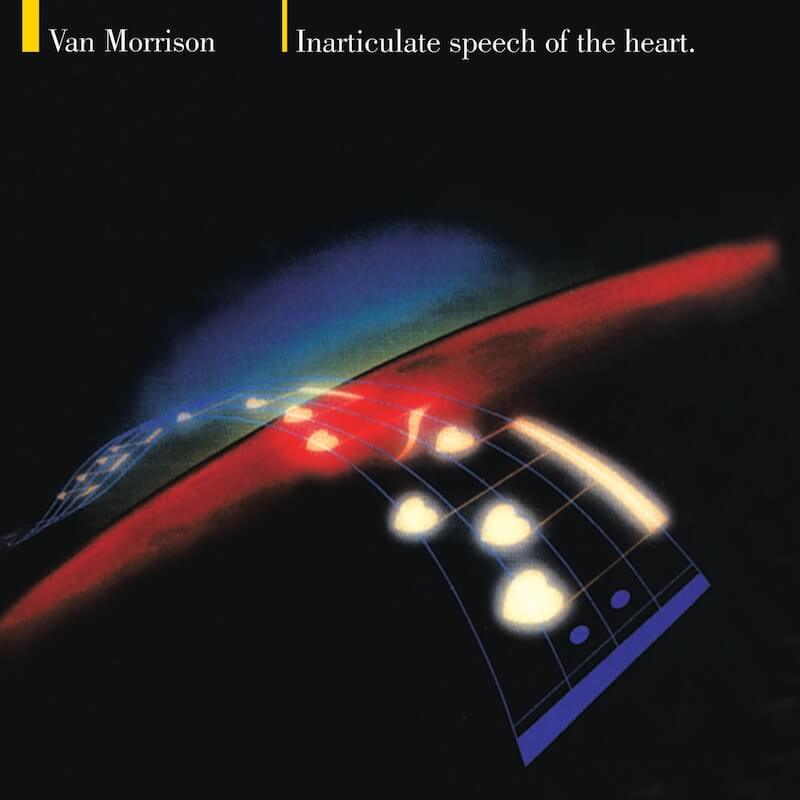 Picking up exactly where Beautiful Vision’s “Scandinavia” left off, “Higher than the World” unfolds amid a cascade of synthesizer, choppy R&B guitar, and the saccharine acknowledgment of higher consciousness that defined Van Morrison’s sonic pilgrimage of the 1980s. The third installment of what can be termed the Celtic Guru period, Inarticulate Speech of the Heart incorporates a softer edge to the sound that Van was building over the course of the decade. Though the pieces were nearly all set in place, the same challenges persist for Van, as the singer had yet to cross over those barriers separating him from the enlightenment he flirts with so intimately on the record. Over the course of its eleven cuts – of which over a third are instrumental reflections – Inarticulate Speech furthers Morrison’s deep dive into personal providence a la New-Age mystique.

Recorded the following year, Inarticulate Speech of the Heart would be the closest Morrison ever came to the concept of a companion album. Beautiful Vision and the former both live on the same sonic plane, with Beautiful Vision announcing Van’s arrival at the gates of Enlightenment and Inarticulate Speech documenting the further meditation needed as he seeks entry. “Higher than the World” stakes out this position from the outset with Van’s head in the clouds but still cognizant of the woes on that earthly plane. Still shackled by the ‘blues’ he seeks to leave behind, Van acknowledges he needs to take it “just a little bit higher.” Although the early 80s are easily the most conflict-free of Van’s fairly tumultuous career, it has to be recognized that Van reached the peaks that he did through his perceived struggle with the world. This could have stemmed from the actual issues he had with his record companies or the ideological struggles that come with a highly individualistic performer making the music that he wanted versus the near-constant expectation to retread that rain-soaked Cypress Avenue. And the more the critics dug in to the demands that Van backtrack, the further he pushed into the light.

The most immediate break from the norm is the fact that a huge portion of Inarticulate Speech is instrumental. With a 45-minute run-time, nearly 20 minutes contain no vocals, aside from some brief shamanic inflections from Van. This was flirted with on the previous album’s “Scandinavia,” but here, Van fully incorporates the philosophy that language itself presents barriers to conveying emotion. The choice in the album’s title makes perfectly clear that Van would have to transcend the written word in an attempt to relay his spiritual message. Working with an ensemble he had grown increasingly comfortable with, the natural progression of letting his band contribute to his message made sense.

“River of Time” has an eerie heaviness to it due to Mark Isham’s masterful synth work. An otherwise laidback tune, the wavy arpeggios beef up Van’s temporal meditation. The addition of Arty McGlynn and Davy Spillane conjure the most blatant Celtic impressions that Van had recorded hitherto. Their contributions to the instrumental numbers invoke the rolling green hills of Van’s upbringing into moments that could otherwise be deemed sterile—and oddly enough the New Age-meets-tradition fusion works remarkedly well.

“Irish Heartbeat” could possibly be the sleeper moment of the record—notably, it would be borrowed on Van’s re-entry to the public consciousness with his 1988 collaboration with The Chieftains. The tune has never stood out as a breakthrough, but it embodies the Celtic spirit that Van channels throughout his 80s run in the clearest sense. Interestingly, Van does seem to backtrack a bit and finds solace in past successes—from a sonic perspective the tune could have been on any of Van’s post-Saint Dominic’s records. Listeners are even treated to some of Van’s shamanic howling in the final moments of the tune, accompanied by guitar runs that attempt to keep up with the stream of consciousness elaboration. Paired with the vibrant “The Street Only Knew Your Name” the two cuts are about as high energy as Inarticulate Speech gets; a moment of vibrant exuberance among stoic observation. As previously noted, there is no success without struggle for Van. Three albums and four years into the Celtic Guru period, there is a glaring omission. It had been a decade since an official live release for Morrison. It’s Too Late to Stop Now had been released in 1974 and hailed as a triumph among triumphs for Van in the seventies. With a new sound and a new ensemble, both of which the singer had grown intimate with, the question of how the Guru would sound in a spontaneous live setting needed to be answered. The meditative New Age musings of this group were a far cry from the bombastic soul man leading the Caledonia Soul Orchestra, or the show-saving icon fronting The Band at The Last Waltz. How would a tune like “Rave On John Donne,” seemingly full of possibility, though lacking conviction and excitement on the studio version translate in front of a crowd? The tour behind Inarticulate Speech of the Heart would shine some light on this matter. Keeping with the overall sentiment of this era, the answer was found back home in Belfast. | j rooney